‘Rat In The Kitchen’ Canceled After One Season On TBS – Deadline 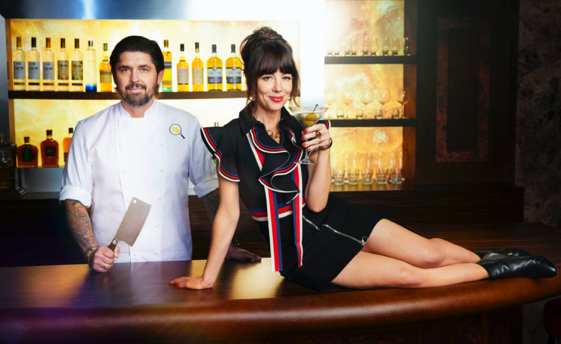 Rat in the Kitchen will not be cooking up a second season.

TBS has ended the show, which has been described as a cross between The Masked Singer and Hell’s Kitchen, after one season. It premiered in March 2022.

Kathleen Finch, Chairman and Chief Content Officer of Warner Bros. Discovery’s U.S. Networks Group, revealed the show had been canceled during her Deadline-moderated keynote session at Realscreen in Austin, Texas.

She was talking about the second season of The Cube, which has been pushed to later in the year, and has more episodes of Wipeout. But she added, “We decided not to do more Rat in the Kitchen. It is a great show, but we now have Food Network and Cooking Channel in the family, so it doesn’t really make sense to spread the peanut butter so thin from a content perspective.”

Asked about the difference in terms of budgets between the Turner networks and Discovery channels, including the old Scripps networks, she added, “We do a lot of competition shows on Food Network for a much better price point and we make them in a way that that enables them to repeat. It’s kind of a nuanced difference.”

Rat in the Kitchen, hosted by Natasha Leggero and celebrity chef Ludo Lefebvre, was produced by ITV America’s Thinkfactory Media and was devised by Glenn Hugill and his UK-based ITV-owned production company Possessed.

The series follows a group of cooks competing to win a cash prize across a series of challenges. However, all the while, one of them is trying to sabotage their efforts – the rat in the kitchen.

It is a whodunit cooking format and a game of high stakes cat and mouse where viewers get to play detective. In each episode, a mix of professional chefs and home cooks compete in a series of cooking challenges, earning cash in their bank for every dish that impresses Chef Ludo (left). But they’ll have to avert the meddling of an undercover mole (the rat) determined to sabotage the dishes and undermine their chances at victory. The stakes: if the rat avoids detection, he/she wins big money. But, if found out, the rat will have to hunt for cheddar elsewhere.

Rat in the Kitchen is executive produced by Adam Reed, Adam Freeman, Simon Thomas, Bernie Schaeffer and Kenny Rosen for ITV America’s Thinkfactory Media, and by Glenn Hugill for Possessed. It is distributed internationally by ITV Studios.