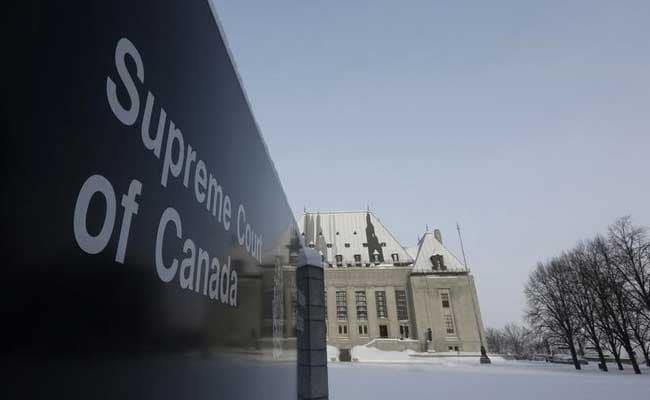 The court said condom use cannot be irrelevant when complainant conditioned her consent on it. (File)

Canada’s Supreme Court has ruled that removing a condom during sexual intercourse without the explicit permission of a partner is a crime.

The decision was announced in a case that involved two people who interacted online in 2017, met in person to see if they were sexually compatible, and then met to have sex, The New York Times reported.

The woman, whose name was shielded by a publication ban, had predicated her agreement to sex on the use of a condom. During one of two sexual encounters at that meeting, the accused man didn’t wear a condom, unknown to the woman, who later took preventive HIV treatment.

The defendant, Ross McKenzie Kirkpatrick, was charged with sexual assault. However, the trial court judge dismissed the charge, accepting Kirkpatrick’s argument that the complainant had consented to the sexual relations, despite his failure to wear a condom.

The ruling was overturned by the British Columbia Court of Appeal, which ordered a new trial.

“Condom use cannot be irrelevant, secondary or incidental when the complainant has expressly conditioned her consent on it,” the court said.

Kirkpatrick’s lawyer stated that the new interpretation of the criminal code, which will be standard across the country, would drastically change the rules around sexual consent, making it almost like a binding contract that could be signed in advance.

“In Canada, consent is always in the moment. But what this decision does, it creates an element of consent far from the moment of sexual activity — in this case days or even a week before the sexual encounter,” shared Phil Cote, a defence lawyer in Surrey, British Columbia.

He added, “If there’s a moral to be taken from this for everyone, but particularly for men, is that you have to be sure there is active and engaged consent. And if you are not sure, you should ask.” “But unfortunately, that’s not how sexual encounters go.”

Lise Gotell, professor of women’s and gender studies at the University of Alberta, and an expert on sexual consent and Canadian law also shared her thoughts: “In no other jurisdiction in the world is it as clear that when someone has agreed to sex with a condom, and removed it without their consent, this constitutes sexual assault or rape.”

“The court says very clearly there is no consent in that circumstance — it doesn’t matter whether or not the non-consensual condom removal was overt, or if it was deceptive,” she added, according to NYT report.

According to some of the studies, condom-use resistance has become widespread over the past decade, and significant numbers of women and men who have sex with men report having experienced partners removing condoms without their consent.

The practice, popularly known as “stealthing,” has become prevalent enough that some Canadian universities have incorporated it into their sexual violence prevention policies.

The report said that people have been convicted by courts of crimes for removing condoms during intercourse by the courts in Britain and Switzerland.