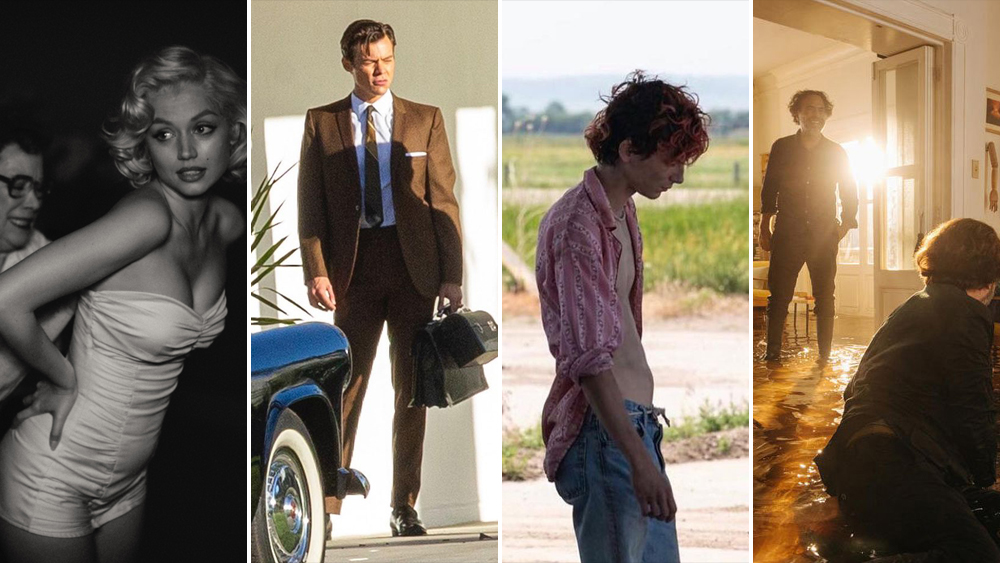 The lineup announced today for the 79th Venice Film Festival is a varied and rich offering from the world’s oldest event of its kind. There are auteur filmmakers galore who have also shown commercial mettle, previous Lido winners and some tantalizing out-of-competition entries including a short film featuring Chris Rock. While there may not be a Dune– or Joker-sized Hollywood tentpole in the bunch, this is an intriguing mix which is sure to bring plenty of star power — notably with Olivia Wilde’s out of competition title Don’t Worry Darling ferrying Florence Pugh, Harry Styles, Gemma Chan and Chris Pine to the island.

Politics and serious issues will also be at the fore; Artistic Director Alberto Barbera today took time to call out the war in Ukraine with “European democracies threatened by Putin’s imperialism.” There are titles from Ukraine as well as four from Iran including the competition’s No Bears by persecuted filmmaker Jafar Panahi. Barbera reiterated the fest’s support for Iranian directors “who are only guilty of using their right to freedom of expression,” and said new initiatives will be unveiled during the proceedings.

Venice has consistently shown itself in recent years to be a springboard for movies we’ll continue to follow throughout awards season, and there’s every reason to expect that again this time around.

Among the high-profile films confirmed today that had been expected are Andrew Dominik’s long-awaited Blonde, which was first mooted more than a decade ago. Ana de Armas plays icon Marilyn Monroe in the Netflix drama that’s based on the novel by Joyce Carol Oates.   Netflix again has a strong presence at Venice, opening the festivities on August 31 with Noah Baumbach’s White Noise which stars Adam Driver — a previous Best Actor Volpi Cup winner for 2014’s Hungry Hearts who also appeared in Baumbach’s 2019 Venice entry Marriage Story.

Venice veterans back in competition this go-round also include Luca Guadagnino with Bones And All (MGM) starring Timothée Chalamet; Darren Aronofsky with A24’s The Whale after last premiering the divisive Mother! on the Lido in 2014; and Martin McDonagh with Searchlight’s The Banshees Of Inisherin starring Colin Farrell and Brendan Gleeson. McDonagh’s Three Billboards Outside Ebbing Missouri took the Best Screenplay gong at Venice in 2017.

Another Hollywood competition picture from a studio specialty division is from Focus as Cate Blanchett stars in Todd Field’s Tar as the first-ever female chief conductor of a major German orchestra. (Focus also has out of competition music biopic Dreamin’ Wild from Bill Pohlad and starring Walton Goggins, Zooey Deschanel, Casey Affleck and Chris Messina.)

Florian Zeller, whose 2020 drama The Father scored two Oscars, will be on the Lido with follow-up, The Son, from Sony Pictures Classics and with an impressive roster of talent including Hugh Jackman, Vanessa Kirby, Laura Dern and Anthony Hopkins.

Out of competition, Wilde has one of the most anticipated films of the fest with New Line/Warner Bros’ Don’t Worry Darling. The psychological thriller has been making waves since the trailer first dropped at CinemaCon in April.

Walter Hill is making something of a surprise appearance in Venice with bounty hunter thriller Dead For A Dollar starring Willem Dafoe, Rachel Brosnahan, Christoph Waltz and Benjamin Bratt.

Among other notable titles landing out of competition is Call Of God, by late Korean filmmaker Kim Ki-duk who died in 2020 from Covid-related complications. The movie was completed posthumously. This selection could stir issues as Kim, a Golden Lion winner for 2012’s Pieta, was accused of sexual misconduct by multiple women after the #MeToo industry shift, though a Korean court partially dismissed a sexual assault charge against him.

Oliver Stone’s Nuclear, a new under-the-radar documentary, also has an out of competition slot as do the premieres of TV series from Lars von Trier (The Kingdom Exodus) and Nicolas Winding Refn (Copenhagen Cowboy).

On the homefront, Italy has a strong presence with four movies in competition including Emmanuele Crialese’s L’Imensita. Out of comp, among others, there’s Paolo Virzi’s Drought and documentary In Viaggio from former Lion winner Gianfranco Rosi.

And, about that intriguing short from Sally Potter. Titled Look At Me, it features Javier Bardem and Chris Rock. Barbera today noted he hoped Rock would be on hand for the premiere.

Here’s the full list of Competition titles (see here for more from other sections):