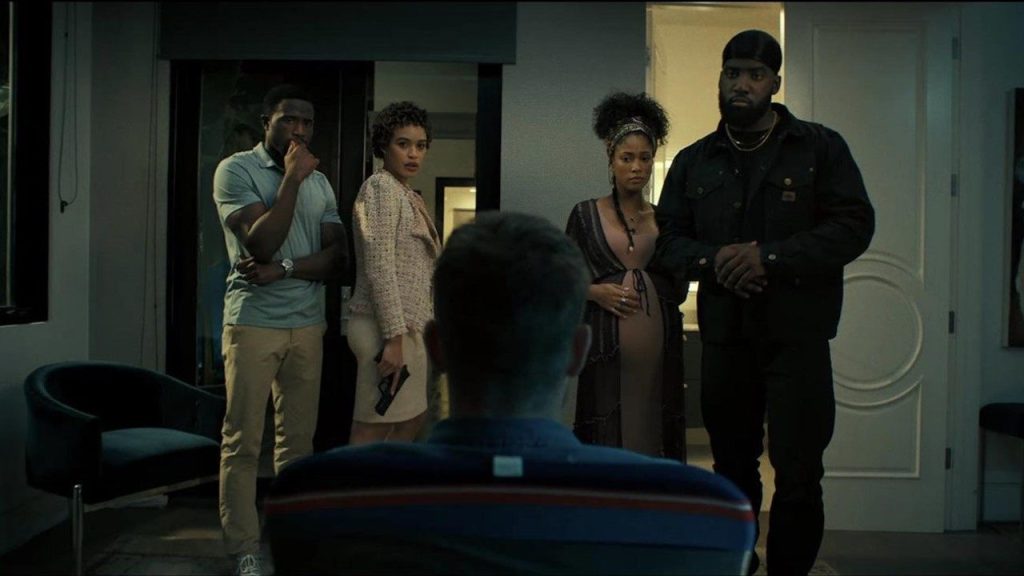 EXCLUSIVE: RLJE Films has picked up North American rights to actor Mo McRae’s feature directorial debut, A Lot of Nothing — a satirical thriller starring Y’Ian Noel (Insecure), Cleopatra Coleman (The Last Man on Earth), Lex Scott Davis (Rebel), Shamier Anderson (Invasion) and Justin Hartley (This Is Us). AMC Networks’ business unit has slated the film for release in theaters and on demand on February 3rd.

A Lot of Nothing centers around James (Noel) and Vanessa (Coleman), who seem to be the perfect couple — happily married, successful, and comfortable. But one night, their lives are rocked to the core when, after watching a tragedy play out on the evening news, they realize their neighbor was involved. In a state of shock, and with opposing viewpoints on how to address the issue, they embark on a highly combustible journey to ‘do something’ about it.

“A LOT OF NOTHING truly announces Mo McRae as a filmmaker to watch and we are beyond excited to partner with him at the start of this new phase in his career,” said RLJE Films’ Chief Acquisitions Officer, Mark Ward. “A LOT OF NOTHING is intense and beautifully shot, and the thought-provoking themes surrounding the film will keep audiences engaged well after they leave the theater.”

Ward and Betsy Rodgers negotiated the A Lot of Nothing deal for RLJE Films, with CAA on behalf of the filmmakers.