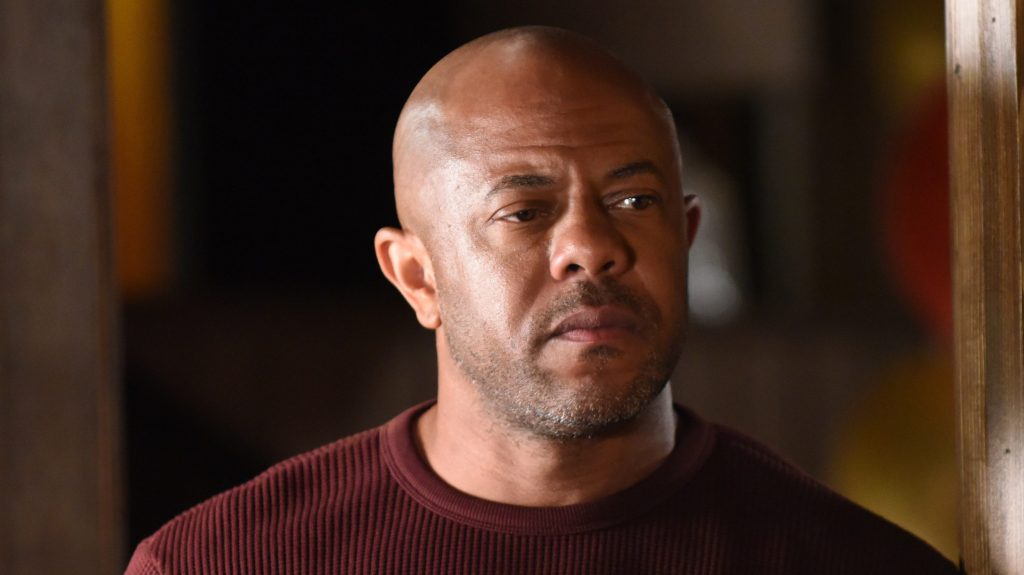 UPDATE: Disney and 20th Television no longer face a disparate impact claim in a lawsuit brought by actor Rockmond Dunbar.

A federal judge ruled that Dunbar’s dismissal from the drama series for refusing to get the COVID-19 vaccine can’t claim disparate impact because no other members of his Universal Wisdom church have been affected by the reason for his job loss. He had claimed a religious exemption, saying the firms discriminated against church members.

Disney and 20th still face 10 other claims that include racial and religious discrimination, breach of contract, and retaliation.

“He still cannot identify any other Universal Wisdom followers who have been adversely affected by Defendants’ vaccination policy,” reads the order from U.S. District Judge Dolly Gee.

The judge’s decision can be found here.

EARLIER: Rockmond Dunbar, who abruptly exited his role on Fox’s hit drama series 9-1-1 in November over Covid vaccine mandates on the show, has sued the series’ production company 20th Television and its parent Disney claiming the studio engaged in discrimination, including mocking his religious beliefs, barring him from the set and hampering his ability to get other work.

Dunbar, who played Michael, the ex-husband of Angela Bassett’s character, on the drama series from its inception, was abruptly was written off in November. That came after he had requested a medical exemption and later a religious exemption from the Covid protocols on the show that require all actors to be vaccinated.

Dunbar’s requests were reviewed by Disney and were rejected, he said in the suit, filed Thursday in U.S. District Court.

“In retaliation, Defendants summarily terminated Mr. Dunbar’s employment agreement, and refused to pay him the hundreds of thousands of dollars that are still owed to him,” the lawsuit, which references a Deadline article numerous times, reads. “Then, wanting to make an example out of Mr. Dunbar, he believes that Defendants wrongfully leaked negative information to the media about his departure from ‘9-1-1’ including that he sought both religious and medical exemptions that were denied. Defendants deliberately made it sound like Mr. Dunbar was a recalcitrant anti-vaxxer, rather than present the truth – that like millions of other Americans, he is a sincere adherent to a non-mainstream religious belief that prevents him from being vaccinated.”

The suit said Dunbar is “an adherent to the teachings of the Church of Universal Wisdom.”

The lawsuit claims the defendants’ actions violated Title VII of the Civil Rights Act of 1964, the California Fair Employment Housing Act and common law principles of contract law. Dunbar is seeking “over $1.3 million in compensation owed to him under the contract,” as well as wide-ranging other damages and injunctions in the civil rights-based action.

“On information and belief, Disney has a history of racial discrimination, and Mr. Dunbar was subjected to disparate treatment and disparate impact discrimination on the basis of his race,” the 45-page filing reads. “On information and belief, non-minority employees similarly situated were not subject to termination when they refused the COVID-19 vaccine.”

Disney and 20th Television declined comment on the lawsuit today, but at the time of Dunbar’s exit said in response to Deadline’s inquiry that “We take the health and safety of all of our employees very seriously, and have implemented a mandatory vaccination confirmation process for those working in Zone A on our productions. In order to ensure a safer workplace for all, Zone A personnel who do not confirm their vaccination status and do not meet the criteria for exemption will not be eligible to work.”

The suit comes as the Alliance of Motion Picture & Television Producers and Hollywood’s unions including SAG-AFTRA, the DGA, IATSE, the Teamsters and the Basic Crafts agreed this week to extend the industry’s Covid protocols to April 30. As part of that deal, mandates were also updated to redefine “fully vaccinated” to include booster shots, effective as of March 15.