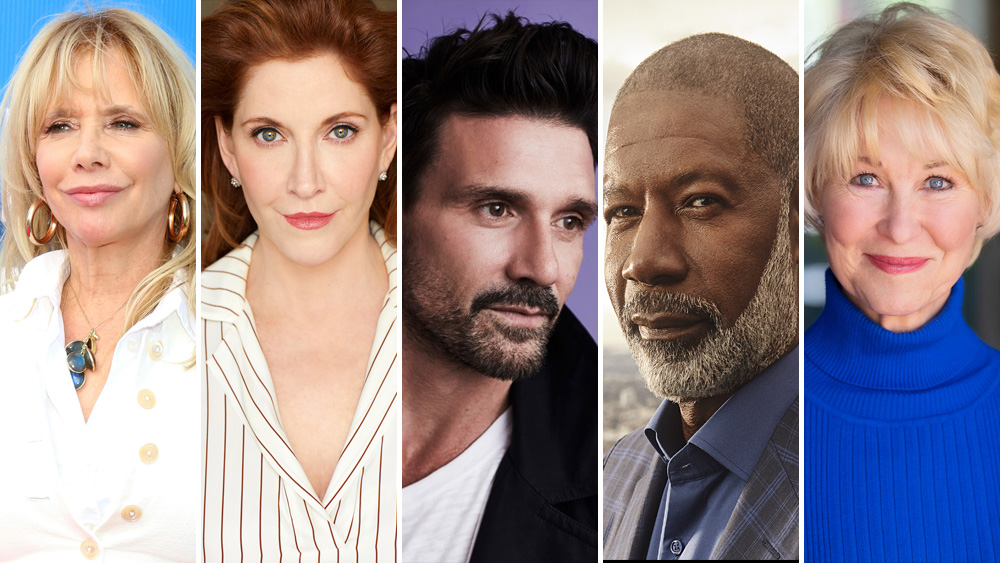 There are few details about the series, which Peacock describes as a “mind-bending project” in the style of Woliner’s work on Borat Subsequent Moviefilm that “mixes fact and fiction to tell a bizarre and incredible tale.” Woliner, who has directed episodes of The Last Man on Earth and Nathan for You, apparently has been shooting for more than a decade.

The series will be produced by Caviar and Rogen and Goldberg’s Point Grey Studios, via their overall deal with Lionsgate.

Arquette can most recently be seen in Showtime’s The L Word: Generation Q and Ryan Murphy’s Netflix series Ratched alongside Sarah Paulson. She was most recently seen on the big screen in Eleanor Coppola-directed Love Is Love Is Love. Arquette is repped by Greene Talent and Ellen Meyer Management.

McGraw is probably best known for her critically acclaimed performance as Bobbie Barrett in Mad Men, Barbara Gordon in The Dark Knight, and Erin in Men of a Certain Age. Most recently she had strong recurrings in the CW’s Charmed and CBS’ Interrogation. She is repped by AFA Prime Talent Media and Realm Talent.

Grillo next will be seen starring in Lionsgate’s upcoming feature Paradise Highway alongside Morgan Freeman and Juliette Binoche as well as the Ambi Pictures biopic Lamborghini, playing founder Ferruccio Lamborghini. Grillo is repped by CAA, Entertainment 360 and Paul Hastings.

Haysbert, known for his starring roles in Fox’s 24 and in CBS’ The Unit, was recently seen in a key recurring role in Season 5 of Netflix’s Lucifer. He currently can be seen starring in Hulu/20th Century thriller No Exit. Haysbert is repped by A3 Artists Agency, GS Management Group, Inc. and RGM Global MMA.

Wallace recently wrapped production on Homestead, a thriller from writer-director Marcos Efron, alongside Leven Rambin, Jake McLaughlin, Shane West and Sohvi Rodriguez. Known for her iconic role as Mary in Stephen Spielberg’s ET: The Extraterrestrial, among others, Wallace was most recently seen on television on 9-1-1. She’s repped by AEFH Talent Agency.