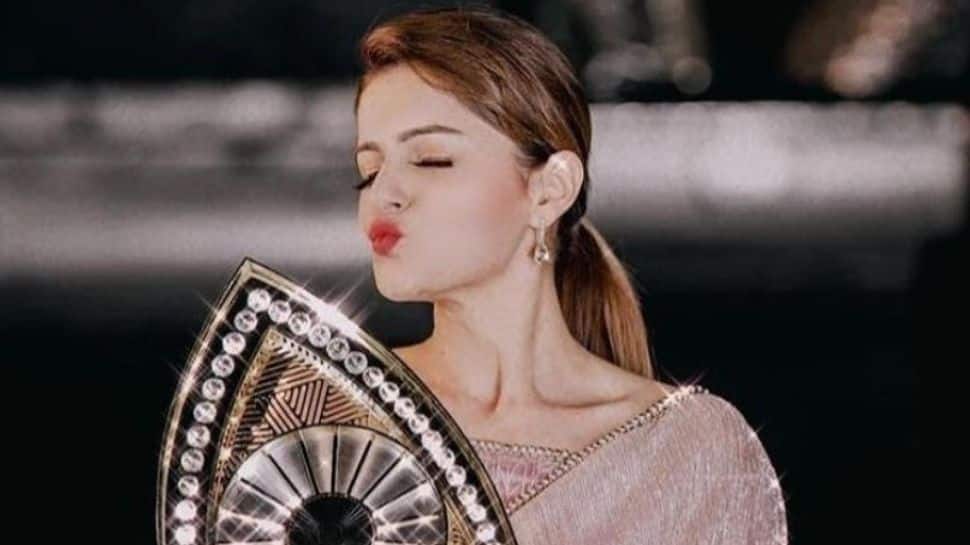 New Delhi: After months of becoming ‘Bigg Boss 14’ winner, actor Rubina Dilaik has now expressed her views about her husband Abhinav Shukla’s eviction on the show.

For the unversed, ahead of ‘BB 14’ finale in February, Abhinav got evicted from the house. His eviction was done by the connections (family members and friends of contestants), who entered the house during that time. Abhinav’s elimination was criticised by many.

Opening up about the same, Rubina, on Monday, took to her Instagram account and penned a lengthy statement, saying the eviction was “unfair”.

“I have been asked so many times, what was that one thing you regret doing or not doing in BB14 House!! Then I didn’t have clarity of thoughts, had mixed emotions, and was overwhelmed with so much happening! Now when I look back, and one thing that hits me hard is the visual of the day Abhinav was eliminated! Fate of His BB14 journey was handed over to a bunch of ‘less competent members who were not even in the race and had clear Ulterior motive and I didn’t even Protest,” she wrote.

Rubina also took a dig at the less deserving contestants who went ahead of Abhinav.

“I was so soaked up in the pain and anguish that I couldn’t see it for what it was I wish I had WALKED OUT with him for his UNFAIR Elimination (NOT by Bigg Boss ) by them who could not Justify their own journey and existence on the show. Had an epiphany! This remains my biggest regret,” she added.

Rubina’s post has garnered a lot of comments from netizens. Abhinav, too, responded.

“And baby you are a winner because you did not give up, the kind of pressure, tirade, and rebuke you endured without wavering is a victory, you finished my battle,” he commented.

“Life is unfair, Big Boss is a great social experiment, whenever you feel its unfair smile and eat an apple..but 2-minute silence for those who got spent like a used cartridge emptied all they had and still got voted out,” he added.