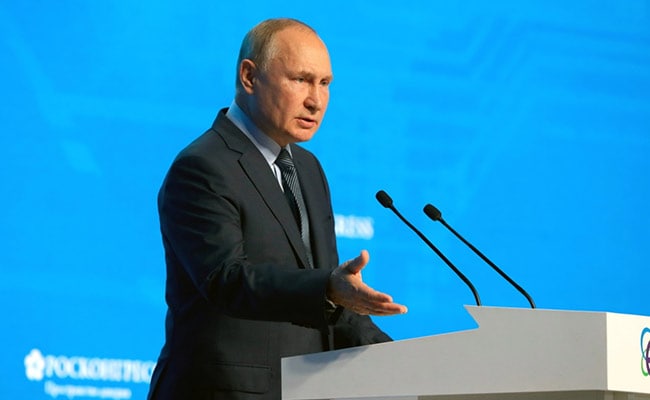 Russian President Vladimir Putin said talk of his possible successor “destabilises” the country’s political system and that he had not yet made any plans about his future.

Speaking in an interview with CNBC, Putin, 69, refused to say whether he planned to remain in the Kremlin after 2024, when his current and second consecutive presidential term ends.

“Talk about this destabilises the situation,” he told the US television channel in the interview aired overnight.

“The situation must be safe and stable in order for power structures and state structures to work in a confident manner and look calmly towards the future,” Putin added.

While noting he could legally run for president again, Putin, who has been in power as president or prime minister for more than two decades, said he had not made any decisions yet.

“I prefer not to answer these questions,” he said. “There’s plenty of time before the next elections.”

Russian authorities last year adopted constitutional amendments that allow Putin to remain in power until 2036 and have since unleashed a historic crackdown on the opposition and independent media.

The opposition has criticised the constitutional legislation, saying Putin planned to become “president for life”.

But some political pundits do not rule out that Putin may be preparing to step down in the near future and point to multiplying signs of infighting among the elites.