Russia Says Its Goals In Ukraine May Be Achieved Through Talks: Report 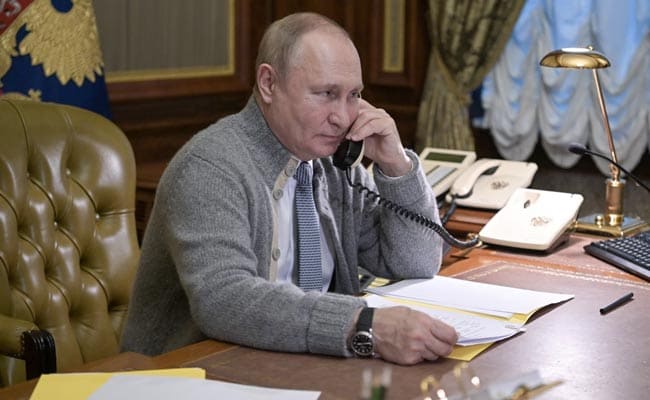 The direction has not changed, the special military operation continues, Russia said. (File)

The Kremlin was quoted as saying on Thursday that the goals of its “special military operation” in Ukraine are unchanged, but that they may be achieved through negotiations.

The comments by Kremlin spokesman Dmitry Peskov to Russian newspaper Izvestia were the latest in a series of statements this week stressing Moscow is open to talks – a change of tone that follows a series of humiliating defeats for Russian forces as the war in Ukraine nears the end of its eighth month.

“The direction has not changed, the special military operation continues, it continues in order for us to achieve our goals,” Peskov was quoted as saying. “However we have repeatedly reiterated that we remain open to negotiations to achieve our objectives.”

While Russia has said before that it is prepared to negotiate, the repeated references this week to the possibility of dialogue are striking.

Foreign Minister Sergei Lavrov said on Tuesday that Moscow was open to talks with the West, but the United States dismissed the statement as “posturing”.

Lavrov returned to the issue on Thursday, telling Izvestia: “We will not run after anyone. If there are specific serious proposals, we are ready to consider them.”

He added: “When we get some sort of signal, we will be ready to consider it.”

Ukrainian President Volodymyr Zelenskiy has ruled out talking to President Vladimir Putin after Russia proclaimed the annexation of four Ukrainian regions last month and rained missiles on Ukrainian cities this week in the wake of an attack on a vital bridge between Russia and annexed Crimea.