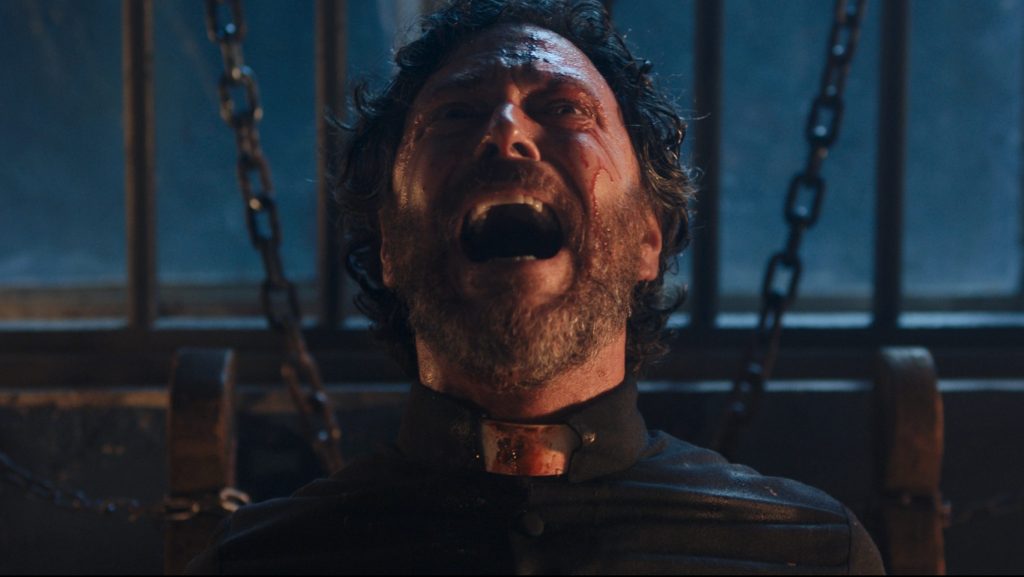 EXCLUSIVE: Saban Films is finalizing a deal to acquire The Exorcism of God, a horror drama from Alejandro Hidalgo (The House at the End of Time), which is set to premiere today at Fantastic Fest.

The company will handle the film’s distribution in the U.S., as well as in Australia, New Zealand, the UK, Ireland and South Africa, with XYZ Films continuing to oversee international sales in other territories.

The feature, set in an isolated Mexican town, follows Father Peter Williams (Will Beinbrink), an American exorcist who becomes possessed by the Devil, subsequently committing a terrible sacrilege. 18 years later, the consequences of his sin come back to haunt him, unleashing a battle within.

“Alejandro Hidalgo is a mighty directorial force in the Latin American horror genre,” said Saban Films’ Bill Bromiley. “We are excited to share this fascinating and frightening film of his with an American audience.”

“Releasing our film in theaters and digital platforms in the US has always been a dream,” added Hidalgo. “We feel beyond excited to make it happen hand in hand with such a wonderful team as XYZ and Saban Films.”