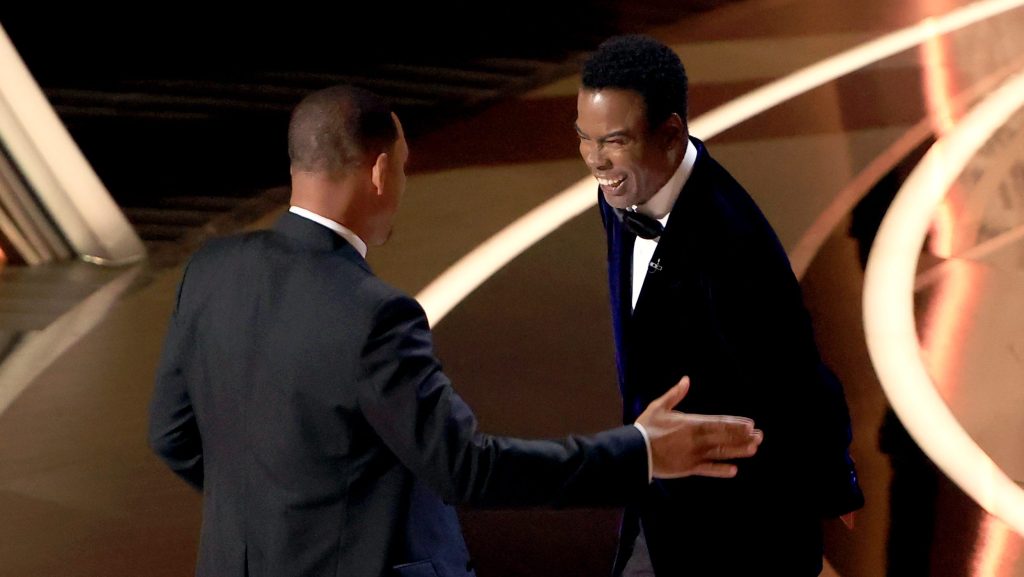 SAG-AFTRA today condemned Will Smith’s assault of Oscar presenter Chris Rock at Sunday night’s ceremony, describing his behavior as “unacceptable” and suggesting that the matter is being looked at for disciplinary action.

Smith, who would go on to win the Oscar for Best Actor, slapped Rock in the face after he made a joke about his wife, Jada Pinkett Smith.

“As the union representing presenters and other performers working on the Oscars, SAG-AFTRA is focused on ensuring our members always work in a safe environment,” SAG-AFTRA said. “Violence or physical abuse in the workplace is never appropriate and the union condemns any such conduct. The incident involving Will Smith and Chris Rock at last night’s Academy Awards was unacceptable. We have been in contact with the Academy of Motion Picture Arts and Sciences and ABC about this incident and will work to ensure this behavior is appropriately addressed. SAG-AFTRA does not comment on any pending member disciplinary process.”

Hollywood Reacts To The Oscar Slap: Physical Assault, Say Many; “How We Do It”, Says Jaden Smith

The Academy issued a similarly stern statement Monday: “The Academy condemns the actions of Mr. Smith at last night’s show. We have officially started a formal review around the incident and will explore further action and consequences in accordance with our Bylaws, Standards of Conduct and California law.”

Previous articleComedians Rally Around Chris Rock, Express Concern About Violence – Deadline
Next article“I Was Out Of Line And I Was Wrong” – Deadline
LocalTakSabse Tez