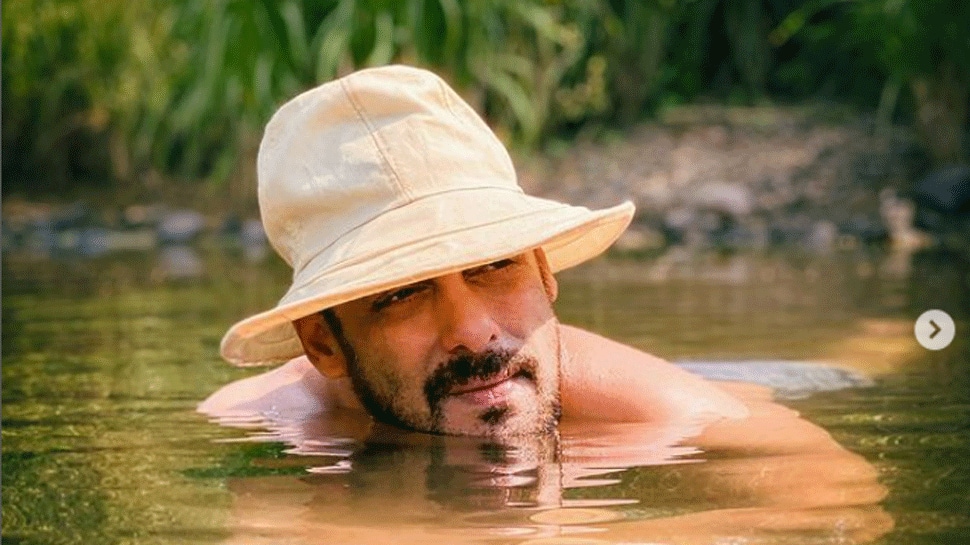 Mumbai: When not shooting, Salman Khan is seen spending his time at his Panvel farmhouse. Spread over 150 acres, the farmhouse is located just an hour away from Mumbai. Salman, who is a nature lover, had spent his entire time of the lockdown at the farmhouse. He has also stated several times that he does not like any other place in front of his farmhouse.

On Saturday, the actor treated his fans to super cool pictures from the farmhouse. Taking to his Instagram handle, the ‘Wanted’ actor shared photos of himself, in which he can be seen chilling in a pond, wearing a beige hat. In the sunkissed picture, the 56-year-old actor is seen with his body dipped in the water and only his face is visible in the photo.

He is seen donning a beaded look, as he strikes a pose for the lens while looking off the camera. Salman didn’t caption the photo.

As soon as the post hit the photo-sharing platform, scores of fans flooded it with likes and comments by dropping heart and fire emoticons. The photos garnered more than 15 lakh likes within 45 minutes of its existence on Instagram.

“Love you bhaii,” third one chimed in.

There were few hilarious comments dropped by some of his fans. “Salman be like:- Nahaane gya tha aur pta nhi kaun kapda hi lekr bhaag gya, 3 ghante se paani me hu….,” wrote one.

Another one warned him that there could be snaked in the water. “bhai aap dhyan dena pani me bhi saap hota h.”

‘Godfather’ is the Telugu remake of the 2019 blockbuster film ‘Lucifer’ which starred Mohanlal in the lead role with Tovino Thomas, Manju Warrier, Indrajith Sukumaran, and Vivek Oberoi.