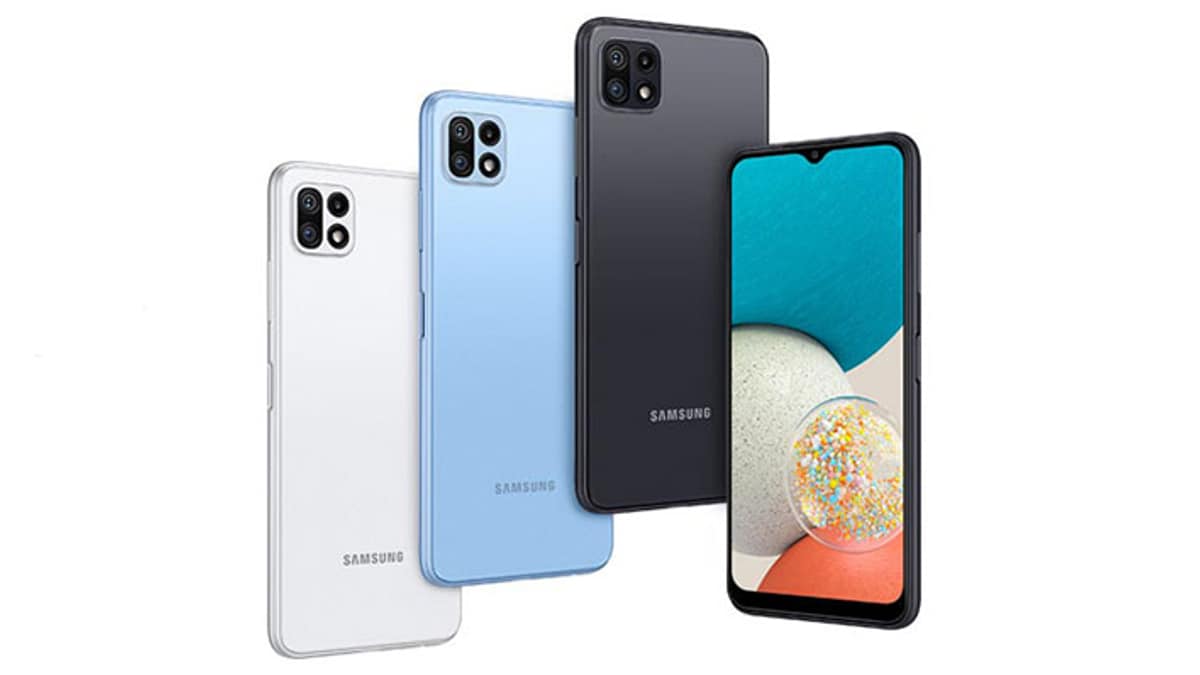 Samsung Galaxy Wide 5 has been launched in South Korea, and past reports indicate it may make its way to other countries including India as the Galaxy F42 5G. The phone was unveiled in partnership with SK Telecom and is exclusively available on the carrier’s site. The Samsung Galaxy Wide 5 features a waterdrop-style notch display and has a side-mounted fingerprint sensor. The phone has a triple rear camera setup with a 64-megapixel main sensor. It has a square-shaped camera module with two sensors sitting one below the other, and the third sensor and flash sitting alongside.

On the specifications front, the Samsung Galaxy Wide 5 runs on Android 11 and supports dual-SIM slots. It features a 6.6-inch full-HD+ Infinity-V display and is powered by the MediaTek Dimensity 700 SoC. The phone packs 6GB RAM and offers 128GB of internal storage. There is expansion of storage using microSD card slot (up to 1TB).

There is a triple rear camera setup on the Samsung Galaxy Wide 5 that features a 64-megapixel main camera with f/1.8 aperture, 5-megapixel secondary camera with f/2.2 aperture, and 2-megapixel tertiary sensor with f/2.4 aperture. Up front, the phone features an 8-megapixel selfie camera. There is a 5,000mAh battery on board and it integrates a side-mounted fingerprint sensor. The phone measures 76.4×167.2x9mm and weighs 203 grams.


Tasneem Akolawala is a Senior Reporter for Gadgets 360. Her reporting expertise encompasses smartphones, wearables, apps, social media, and the overall tech industry. She reports out of Mumbai, and also writes about the ups and downs in the Indian telecom sector. Tasneem can be reached on Twitter at @MuteRiot, and leads, tips, and releases can be sent to tasneema@ndtv.com.
More

Emily in Paris will make its retour au Netflix next year. During Saturday’s Tudu event, Netflix revealed that the Emmy-nominated comedy is set to return...
Read more
Previous articleCases Surge But Singapore Hasnt Blinked on Reopening Yet
Next articleWoman Can’t Be A Minister… They Should Give Birth
LocalTakSabse Tez