Samsung’s “On The Fence” Commercial Pokes Fun At Apple 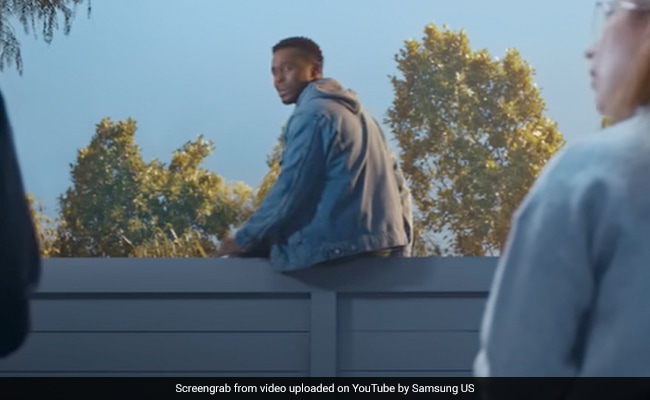 Samsung has mocked iPhone users in its new advertisement.

The brand war between the world’s two largest smartphone manufacturers, Samsung and Apple, is not new. Both tech behemoths have been engaged in “brand war” campaigns for as long as we can remember. Their rivalry has become iconic, and it is always present in any technology discussion.

Samsung’s new advertisement mocks iPhone users and tells them to switch to its Android phones because Apple always makes their users wait for useful features that are already available in many Android-based phones.

The 30-second advertisement aired on Samsung’s US YouTube channel with the caption, “It’s time to get off the fence.” It shows a man sitting on a real fence and admiring what’s available on the other side, with two people (showing iPhone users) discouraging him from doing so.

Meanwhile, news agency PTI has reported that Samsung and Apple will upgrade the software for their 5G-enabled phones in India in November or December, as the government has pushed smartphone manufacturers to quickly upgrade their hardware for the high-speed network.

Prime Minister Narendra Modi on October 1 launched 5G services amid much fanfare, with leading telecom operators Bharti Airtel and Reliance Jio outlining plans for rollout of the services in a select few cities.

But most users in those select cities haven’t yet gotten the 5G services due to patchy networks and the agonising delay in smartphone companies pushing out required software patches over-the-air.

With 5G not just enabling faster internet but also holding promise of rapid economic progress and boosting job creation, the government wants the companies to get cracking now. And many companies have started falling in line.

Apple in a statement said it will start rolling out 5G software updates for iPhone users in December. The upgrade will include models, including the iPhone 14, 13, 12 and iPhone SE.

Previous articleNo ‘Avatar’ sequels if ‘The Way of Water’ tanks, says James Cameron
Next articleHere’s how Ranbir Kapoor REACTED after holding Alia Bhatt and his daughter in his arms for the first time
LocalTak™Sabse Tez