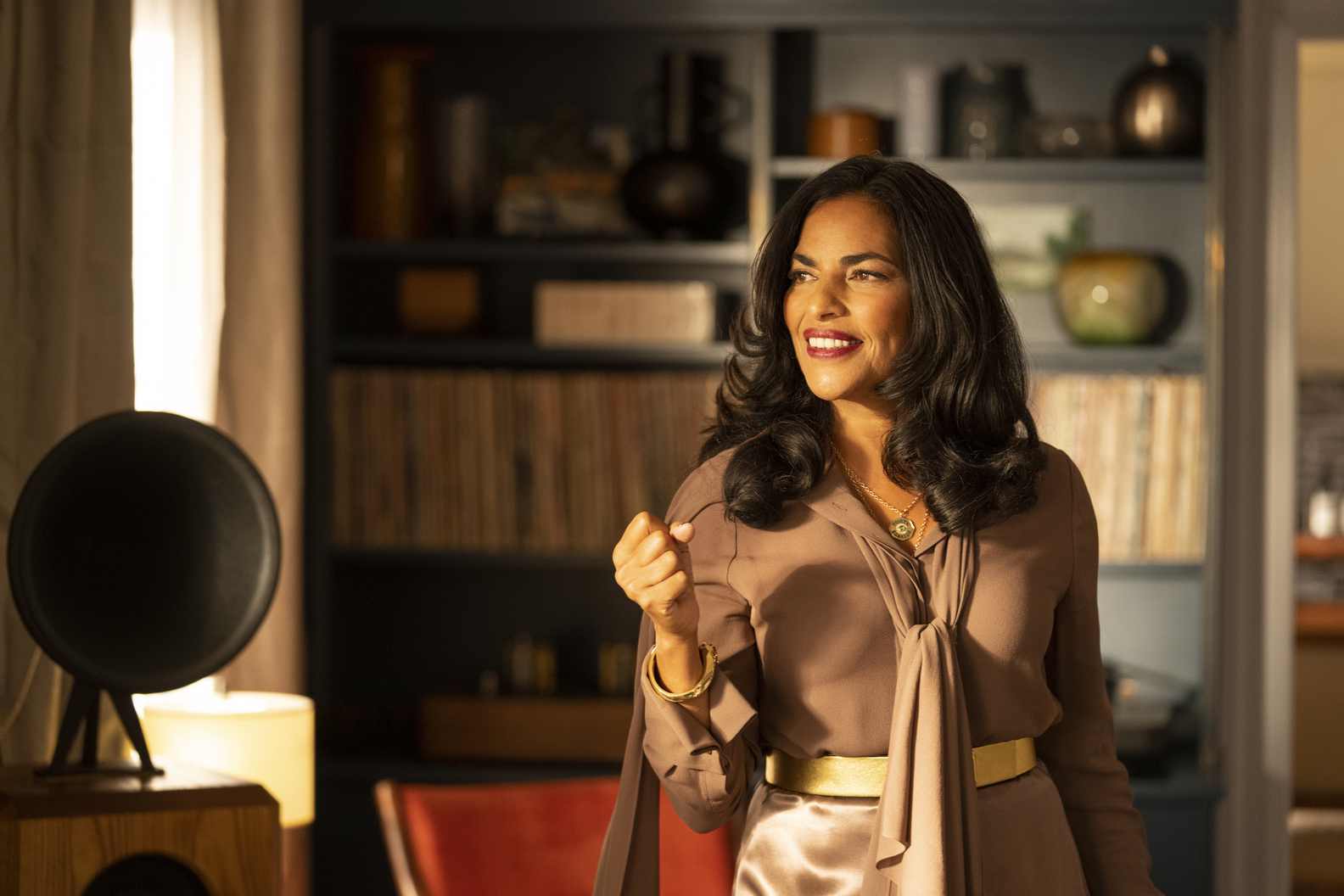 Sarita Choudhury is making herself at home at HBO Max. Her character Seema became a fan favorite during the first season of its “Sex and the City” revival, “And Just Like That…,” and now Choudhury is set to star and executive produce her own potential show for the streamer. “The Colony,” a one-hour drama from Sonejuhi Sinha and Charlotte Rabate inspired by their 2019 feature “Stray Dolls,” is in development at HBO Max. Deadline broke the news.

Written and exec produced by Sinha and Rabate, “The Colony” is a “suspenseful and darkly humorous twisted family drama, exposing the pressures and tropes facing an immigrant family and what happens when they are dragged into a world of crime,” the source teases. “Loosely based on the world of ‘Stray Dolls,’ it’s a story about an unlikely criminal coming into her own and the noble aspiration of success in America turning to perversion.”

“Stray Dolls” screened at Tribeca Film Festival 2019, where it received a Special Jury Mention, and other fests before receiving a VOD release in 2020. Sinha directed, and co-wrote the script with Rabate. As the former told Women and Hollywood, the film “is a story about two young women who have to turn to crime in order to survive in America and gain agency over their lives. It is also a story of love and companionship between an unlikely pair — Riz (Geetanjali Thapa), a recent immigrant from India, and Dallas (Olivia DeJonge), a young American runaway from the South.”

Sinha previously directed shorts “Love Comes Later,” “Give Into the Night,” and “Miles of Sand,” and edited projects including documentaries “Homegoings” and “These Birds Walk.” She is an alumna of Tribeca Film Institute’s Through Her Lens program and Shoot’s New Director’s Showcase. She received Tribeca Film Institute’s IWC Filmmaker Award for “Stray Dolls.”

Rabate produced Sinha’s “Love Comes Later” and has written and directed shorts such as “White Tower” and “Son of Samila.” She is a Rawi Screenwriters lab fellow and a Berlinale Talent, and has attended the Hamptons Screenwriters lab, the Torino Film Lab, and the Cine Qua Non Lab with her feature script “Samir, the Accidental Spy.” She will also direct the latter.

Choudhury’s first screen project, Mira Nair’s 1991 romance “Mississippi Masala,” has received a 4K restoration and is making its way back to theaters today, April 15. “The Green Knight,” “Little Fires Everywhere,” and “Homeland” are among the character actress’ numerous credits.