School Bus With 2 Dozen Children Stuck In Drain, Pulled Out 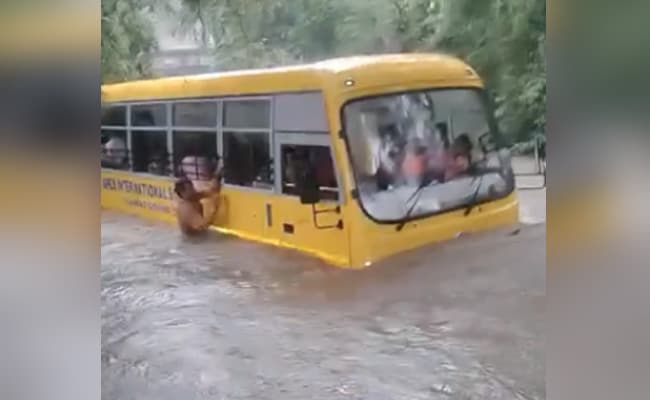 A school bus carrying more than two dozen children got stuck in a large drain today amid heavy rains in Madhya Pradesh’s Shajapur district. The bus was pulled out of the large drain by a group of villagers using a tractor and a heavy rope.

In a video of the incident, children inside the bus are seen shouting for help as the water level in the drain rose. All the children on the bus are safe, officials said.

This part of Madhya Pradesh has been receiving heavy rainfall for the last few days.

The India Meteorological Department (IMD) has issued an orange alert warning of heavy to very heavy rainfall in several districts of Madhya Pradesh.

Last week, three people, including a woman, were killed when the car was washed away while crossing a bridge amid heavy rain in Nagpur’s Savner tehsil.