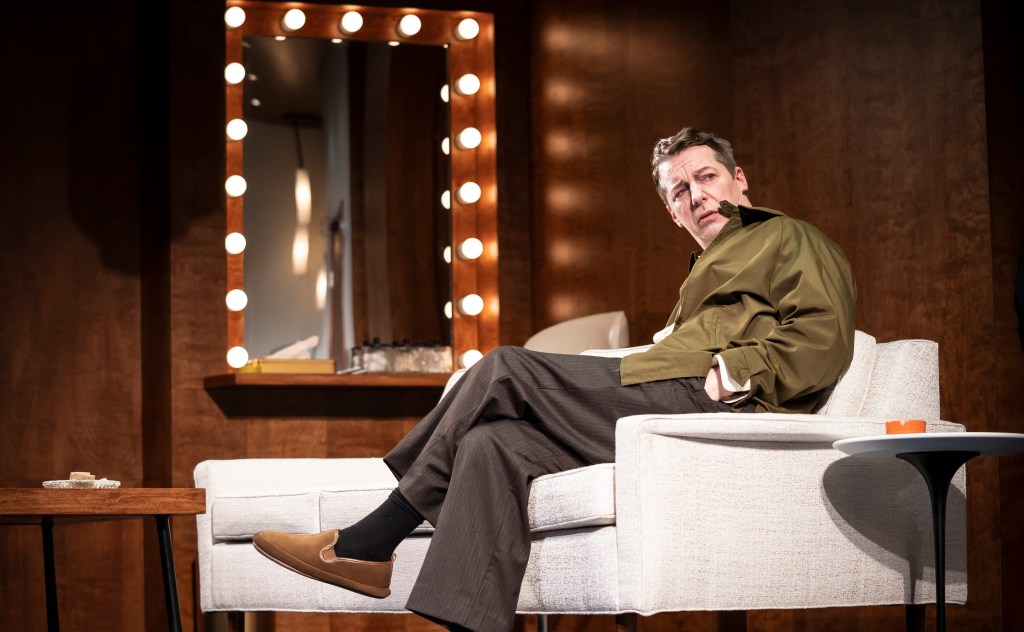 Directed by Lisa Peterson, Good Night, Oscar will begin performances at the Belasco Theatre,on April 7, 2023, and an official opening set for April 24. The 20-week limited engagement will end on August 27, 2023.

The official synopsis: It’s 1958 and Jack Paar is hosting The Tonight Show. He’s booked his favorite guest, a pundit as hilarious as he is unpredictable: Oscar Levant, who once famously proclaimed, “There’s a fine line between genius and insanity, and I have erased that line.” In 90 short minutes, Oscar will have audiences howling, censors scrambling, and – when it’s all over – America will be just a little less innocent than she was before.

Hayes said, “I’m thrilled for Broadway audiences to experience Good Night, Oscar. Oscar Levant was a multi-faceted pioneer, from concert pianist to infamous raconteur. It’s an honor to be portraying one of my heroes.”

Said playwright Wright, “Though he’s somewhat forgotten by today’s audiences, Oscar Levant was a startling phenomenon in his own time; following a stellar concert and movie career, he became a celebrated pundit, holding forth on the chat shows of the 1950’s. A brilliant, often searing raconteur, he was the first celebrity to offer up his personal demons for the sake of entertainment. Time and again, Oscar challenged our notions about the acceptable boundaries of comedy, and – in doing so – revealed the psychic costs of offering up one’s life for public consumption. In an age where every TikTok user and internet influencer is striving for celebrity, Oscar’s story is ripe for re-examination.”

“Doug has written a darkly funny, searing portrait of a complex American entertainer, Oscar Levant,” said director Peterson. “And Sean is inhabiting Oscar with such unflinching honesty that it’s almost shocking. I love that this is a story set at the dawn of television—I feel we’re really talking about the birth of the same culture that consumes us now, with all of its delights and all of its terrors. I can’t wait to share it with more audiences.”