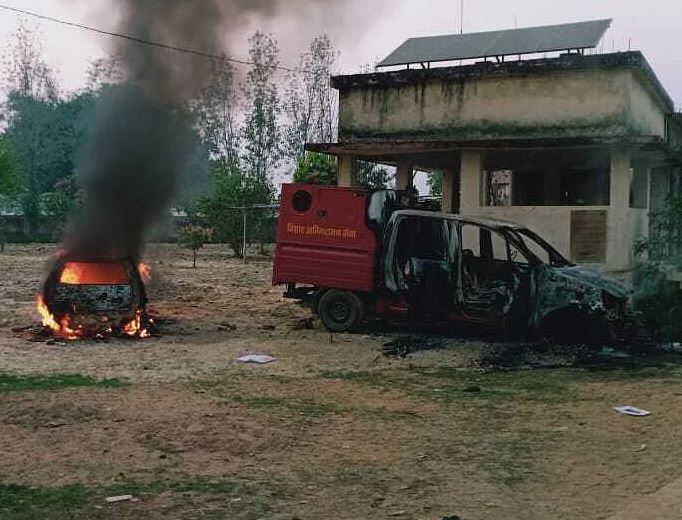 Katihar (Bihar): Seven policemen, including two station house officers (SHOs), were critically injured after a group of villagers attacked a police station in Bihar’s Katihar district Saturday, hours after the death of a man allegedly in custody.

Hundreds of villagers went on a rampage in Pranpur Police Station and damaged vehicles parked on the premises after 40-year-old Pramod Kumar Singh was found dead in the lockup. He was arrested on Friday for possessing bottles of liquor in dry Bihar.

“All the injured policemen have been admitted to the district hospital in Katihar and their condition is stated to be stable. The situation is completely under control and our teams are camping in the area,” Acting Superintendent of Police (SP) Daya Shankar said.

“The body was found as the police officers were preparing documents to produce Singh before a court,” Shankar claimed.

As the news of Singh’s death spread, villagers armed with sticks and iron rods attacked the police station and injured the policemen.

“The situation could only be brought under control after additional security personnel were called in from nearest police stations. Shailesh Kumar was among the reinforcements. Seven policemen, including two SHOs, have sustained injuries,” he said.

Singh’s body has been sent for post-mortem examination and a case registered against those who attacked the policemen, he added.

The Bihar government on April 5, 2016 banned the manufacture, trade, storage, transportation, sale, consumption of liquor in the state and made it a punishable offence for those violating the Bihar Prohibition and Excise Act 2016 which has so far been amended several times.