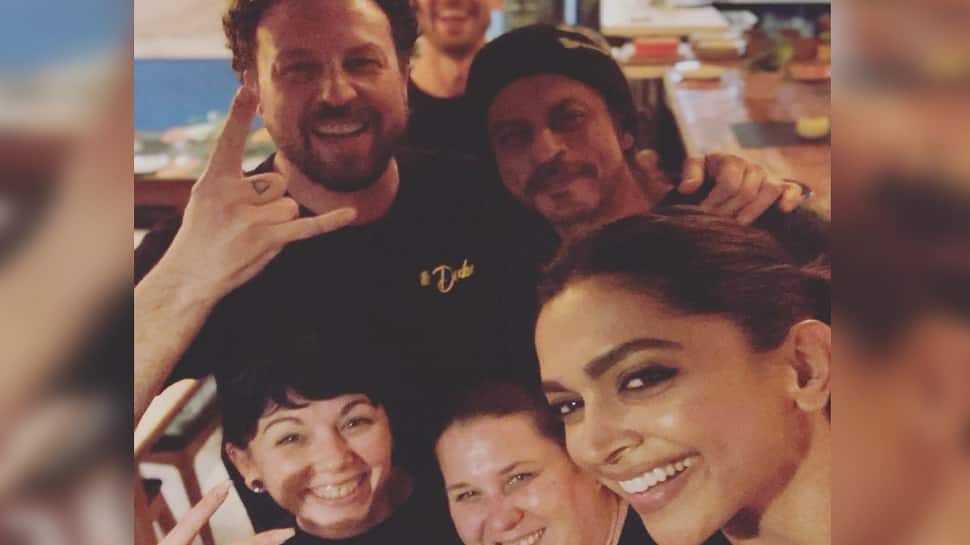 New Delhi: Shah Rukh Khan and Deepika Padukone’s ‘Pathaan’ is one of the most-awaited films of the year. Fans are super excited about the film and cannot wait to experience the magic of SRK on the screens after years. A selfie of the duo is now going viral on social media and fans are in love.

SRK will be returning to the big screens after 4 years with ‘Pathaan’ and fans cannot wait for it. The film is currently in the post-production stage with most of the shooting schedule being wrapped. Amidst all this, an unseen picture of SRK and DeePee from the films Spain shooting schedule is surfacing online. It is shared by an eatery namely Duke Restaurant in Duke Palma, Spain and has taken over the internet.

The duo was in Spain around March this year and seems like the two went to the Duke Restaurant for a delicious meal and clicked a selfie with their fans too.

Deepika is clicking the picture and SRK is standing behind her with his International fans. Sharing the picture on Instagram, Duke Restaurant wrote in the caption, “Big Night with a big visit from Bollywood legend Shah Rukh Khan. Hollywood may have Brad Pitt but India has Shah Rukh Khan. Subhakamanavam to you SRK and thank you for your visit.”

SRK and Deepika are one of the biggest all-time on-screen pairings, given their blockbusters Om Shanti Om, Chennai Express, and Happy New Year. They recently sizzled in Spain as leaked photos from the sets of Pathaan took the internet by storm. The glamourous duo shot a hugely mounted song in Mallorca as SRK was papped flaunting an eight-pack and DP in her perfect bikini bod.