Shardul Thakur: Can CSK’s Man For All Seasons Be India’s ‘Man Friday’? 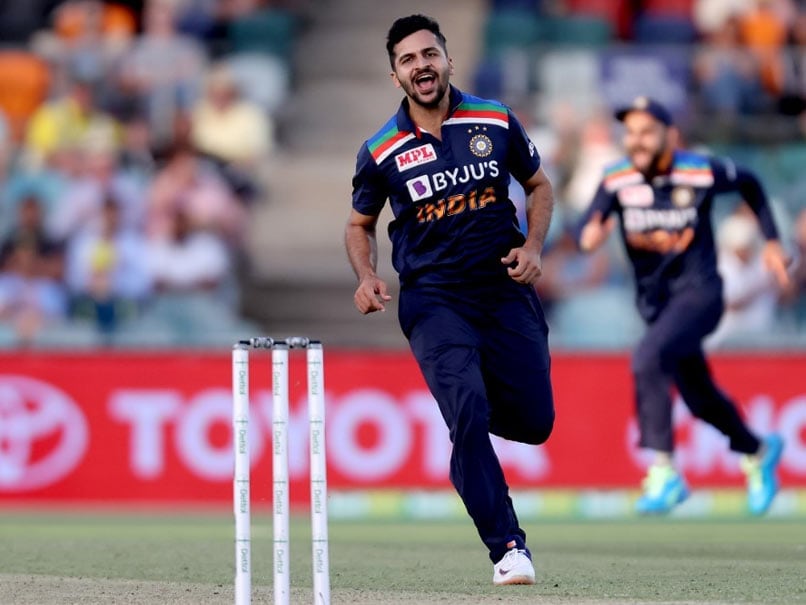 Shardul Thakur was included in the India squad for the upcoming T20 World Cup on Wednesday.© AFP

Shardul Thakur was on Wednesday named in India’s ICC T20 World Cup squad in place of left-arm spinner Axar Patel. It’s a straight swap as Axar will now be in the list of stand-by players, where Thakur was initially named as part of India’s preliminary squad for the showpiece event, which will be played in the UAE and Oman. India had named a total of five spin bowlers in their preliminary squad, keeping the conditions in the UAE and Oman in mind, but even then, Thakur’s exclusion had come as a surprise. The medium pacer has impressed across all formats with his all-round abilities. He has a number of variations up his sleeves with a ball in hand and has also showed his prowess of using the long handle down the order.

His performances in the ongoing UAE leg of the Indian Premier League (IPL 2021) for Chennai Super Kings have been phenomenal. He picked up 13 wickets in 7 matches for CSK, which helped the team qualify for the playoffs. He went wicket-less in Qualifier 1 against Delhi Capitals but the team went through to the final. Thakur has been a go-to man for CSK skipper MS Dhoni and more often than not responded to the captain’s call by picking up crucial wickets.

Dhoni will don the mentor’s hat for Team India during the ICC T20 World Cup and he could get the best out of Thakur in these conditions where a bowler’s ability to use change of pace could be a crucial factor.

Not just his IPL performance, Thakur has been impressive while playing for India in international cricket as well. He has picked up 67 wickets across formats for India and made handy contribution with the bat lower down the order.

Thakur belongs to a rare breed of cricketers who cannot be judged just on the basis of their career statistics. He is a utility cricketer who knows his role very well in the team and has the uncanny knack of performing when his team needs him the most.

Be it during the Test series Down Under or the Oval Test match, or the numerous occasions he has delivered the goods in limited-overs cricket, Thakur’s contributions with both bat and ball are worth its weight in gold irrespective of what his eventual match figures are.

Both captain Virat Kohli and mentor MS Dhoni would hope Thakur brings his A-game to the fore as India look to end their ICC title drought over the next one month.