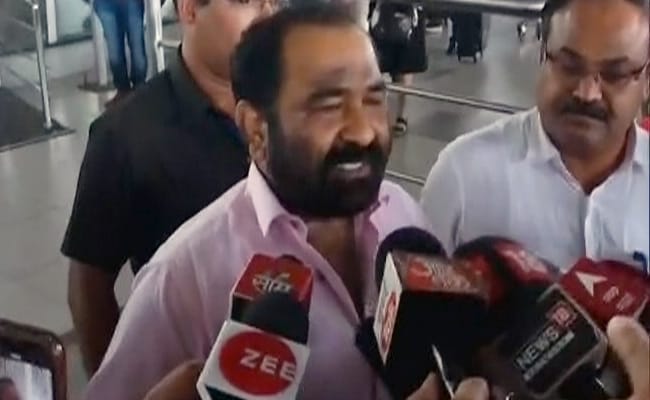 In another sensational twist amid the political storm in Maharashtra, Shiv Sena MLA Nitin Deshmukh, who was earlier presumed to have joined rebel Sena leader Eknath Shinde, has resurfaced voicing his support for Chief Minister Uddhav Thackeray. He claimed that he was “kidnapped” and taken to Gujarat’s Surat from where he escaped.

“I escaped and was standing on the road at around 3 in the morning trying to hitch a ride from pssersby when over a hundred cops came and took me to a hospital. They pretended that I had a heart attack and tried to do some procedure on my body,” he said, adding that he did not have any such condition.

Mr Deshmukh’s wife had yesterday filed a missing complaint in the local police station saying she suspected a threat to his life.

Pranjali, Mr Deshmukh’s wife, had submitted a written complaint to the Akola police station saying she last spoke to her husband on a phone call at 7 pm on June 20 and hasn’t been able to communicate with him since as his phone has been switched off.

She said she suspects there might be a threat to Mr Deshmukh’s life.