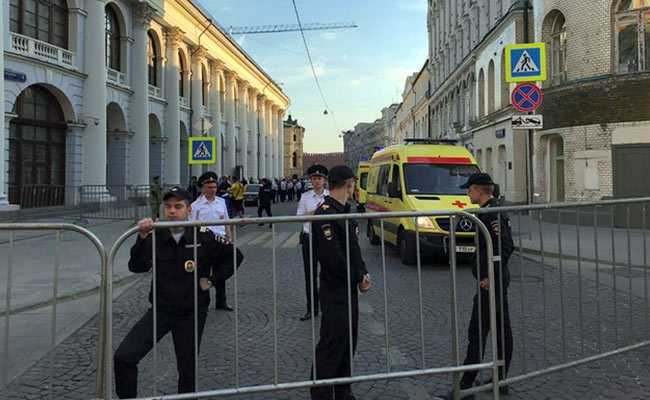 The incident occurred at a multi-functional government office in the south-east of the city.

Two people were killed when a gunman opened fire inside a public services office in Moscow on Tuesday, the mayor of the Russian capital Sergei Sobyanin said.

“As a result of the shooting by an unknown person, two people were killed, three were injured,” Sobyanin said on Twitter, adding that the shooter was detained.

The incident occurred at a multi-functional government office in the south-east of the city, he said.

Sobyanin said that “doctors are doing everything possible to help the wounded.”

Russian news agencies, citing sources in the interior ministry, reported a child had been injured in the shooting.

The capital’s investigators launched a criminal case into the shooting, they also reported.

Mass shootings in Russia are rare but the country was rocked by two separate tragic killing sprees — one at a school, another at a university — this year, spurring lawmakers to tighten laws regulating access to guns.

In one high-profile public shooting in 2019, a gunman opened fire near the FSB domestic intelligence agency headquarters in central Moscow, killing an officer and wounding five people.

Other high-profile shooting cases have taken place in Russia’s army.

In November 2020, a 20-year-old soldier killed three fellow servicemen at a military base near the city of Voronezh.

In a similar attack in 2019, a young recruit shot dead eight servicemen.