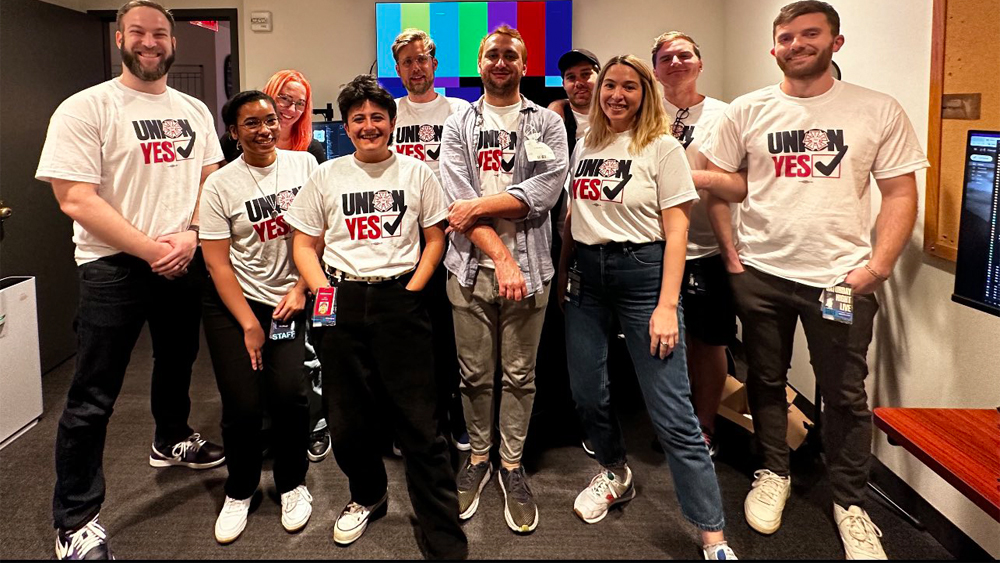 Editors of Saturday Night Live’s pre-filmed segments are threatening to go on strike unless NBCUniversal bargains a fair contract for them with the Motion Picture Editors Guild, IATSE Local 700. NBCUniversal, however, reached out to the guild tonight to offer new dates for talks that could avert a walkout.

“The film workers at SNL last year made it clear they want a union, and management acknowledged their wishes,” Cathy Repola, the guild’s national executive director, said before NBCU offered to return to the bargaining table. “Therefore, it’s very disappointing that despite the Guild’s best efforts, there is still no framework for a contract in place. We remain committed to getting a contract in place as soon as possible and leave all options on the table to achieve that goal.”

The guild made proposals to NBCU last month, and the company responded on January 13. MPSE, however, found the offer unacceptable, and until tonight, the two sides hadn’t even agreed to additional talks.

The 20-or-so post-production crew members threatening to strike first won union recognition pursuant to a card-check agreement with NBCUniversal in October. An arbitrator independently verified that a majority of employees had elected union representation.