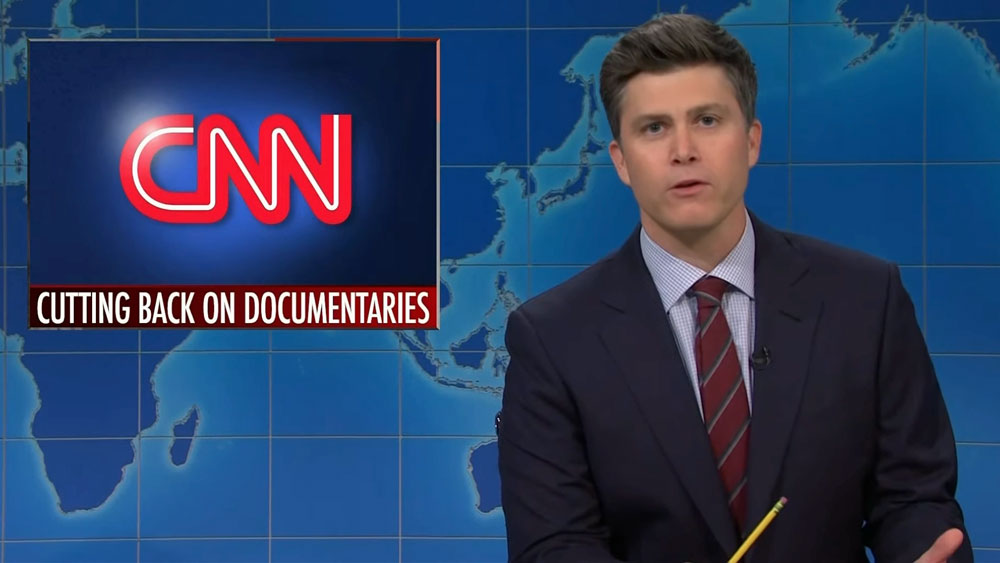 Colin Jost and Michael Che were back at it again on Saturday Night Live’s “Weekend Update” lampooning the events of the week. This time, some of their targets included CNN, Herschel Walker and Kyrie Irving.

As CNN continues to restructure and make changes to the news network, it was announced that they would be scaling back on their original series and films. Jost took the opportunity to take a jab at some of the content the cable news network was producing.

“Yeah, apparently there was a flaw with the business model of giving Stanley Tucci millions of dollars to eat gelato,” he joked.

Jost was referring to the series Searching for Italy where Tucci toured around Italy eating the country’s best food.

Walker was once again mocked for the outrageous things he says in the hopes of securing a spot in the U.S. Senate. Che mentioned that this week the former football player responded to “Barack Obama criticizing [Walker’s] qualifications to be in the Senate by saying, ‘Put my resumé against his resumé.’”

Che took this as a challenge showcasing Obama’s resumé which included being President of the United States and being the recipient of the Nobel Peace Prize in 2009. Then Walker’s resumé appeared on screen which was a very amateur hand drawing of a Heisman Trophy spelled out as “Heizman Troffee.”

“Weekend Update” also mentioned the controversy around Irving after he faced backlash for highlighting an antisemitic movie which also got him suspended from the Brooklyn Nets. Che said that Irving met with the Anti-Defamation League and said that “from now on he would pretend to not be anti-semitic.”