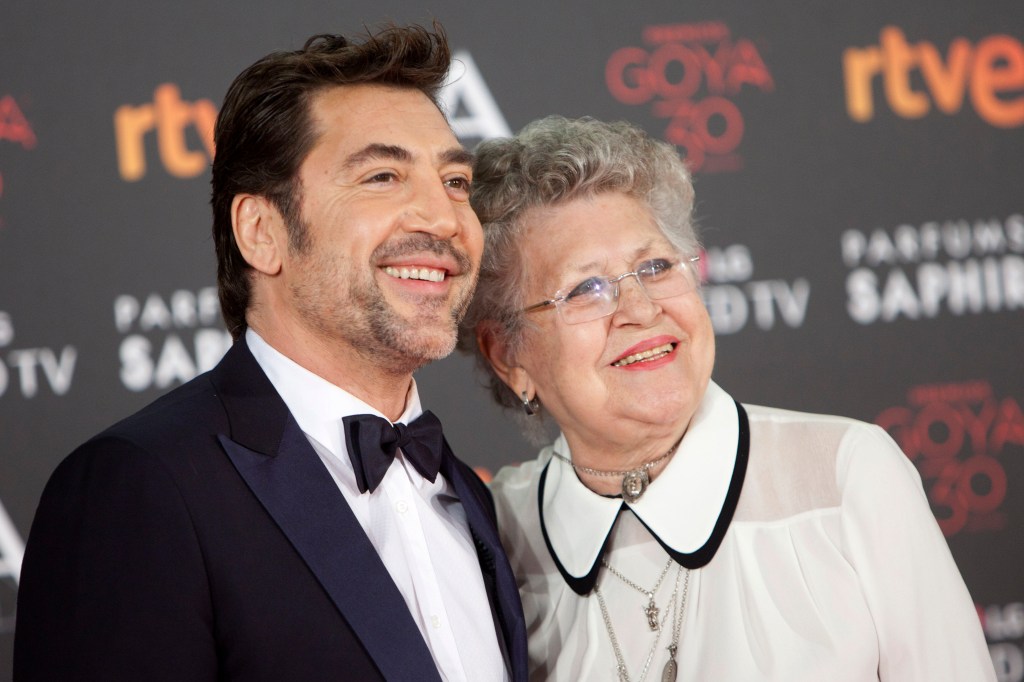 Spanish actress and activist Pilar Bardem—mother of actors Monica, Carlos, and Javier Bardem—died on Saturday at the Ruber Hospital in Madrid because of complications from lung disease not related to Covid-19. She was 82.

The Goya Award-winning actress (the Spanish equivalent of an Oscar) appeared in a variety of film, theater, and TV projects throughout her career in her native Spain. Her most highly lauded project is 1995’s Nadie hablará de nosotras cuando hayamos muerto (Nobody Will Speak of Us When We’re Dead), which earned 8 Goya awards, including Bardem’s Best Supporting Actress nod.

“We want to share the news that Pilar Bardem, our mother, our example, has died,” Carlos shared via Twitter in Spanish. “She departed in peace and without suffering, surrounded by the love of her family. We know the love and admiration many felt for her, both in Spain and beyond, for her work as an actress and as a fighter who always stood in solidarity. We truly appreciate that love for our mother with all our hearts. Thank you from her children, Carlos, Monica, and Javier.”

Penelope Cruz, who married Javier in 2010, appeared in four films with her mother-in-law including 1995’s Entre Rojas, 1997’s Live Flesh, Don’t Tempt Me in 2001, and in the documentary Hécuba, un sueño de pasión five years later. She remembered Bardem on Sunday with a photo from Pedro Almodovar’s Live Flesh, a film they collaborated on over a decade before she married Javier.

“My dearest Pilar, I look at this photo and wonder what our reaction would’ve been if someone would’ve told at this moment all the marvelous plans destiny had in store for us beyond the big screen,” she wrote in Spanish.

“You were always so good to me,” she continued. “I couldn’t have dreamed of having a better mother-in-law. Thank you for all the love that you’ve given us, your children, grandchildren, family, and friends. You have given me so much. Thank you for always standing by those who needed it the most and for raising your voice against injustice…”

Bardem was also remembered by Antonio Banderas who shared a tribute to the beloved actress on Instagram.

“Pilar Bardem has left us,” he said. “The stages and movie theaters in Spain have lost a revered actress. My heart is with her family during this difficult time. A strong hug for Carlos, Monica, and Javier.”