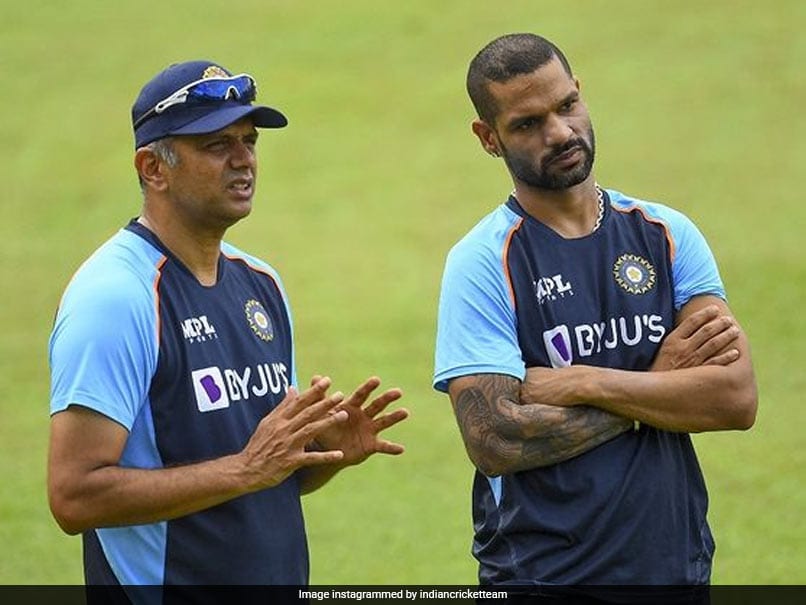 A bunch of fresh faces will be desperate for a fair T20 World Cup audition when India’s different-looking yet formidable white-ball squad face an under-fire Sri Lanka in the six-match limited overs contest, beginning with the first ODI at the R.Premadasa Stadium in Colombo on Sunday. Winning any international series will be paramount but one can expect a few combinations being tried out during a series which got delayed by five days due to COVID-19 scare in the Sri Lankan camp. The series comprises three ODIs and as many T20s. Dasun Shanaka is their 10th captain in four years and barring a classy batsman like Dhananjaya de Silva and a steady pacer in Dishmantha Chameera, this team lacks quality to challenge the might of Indian team led by Shikhar Dhawan.

The suspension of Kusal Mendis and Niroshan Dickwella due to bio-bubble breach in UK along with injury to former skipper Kusal Perera puts Sri Lanka in a tight spot. If they can manage to win one game, that will be an achievement in itself after a disastrous tour of England.

However there are multiple contender for other slots.

Will it be Devdutt Padikkal or Ruturaj Gaikwad for No 3 slot? Will Suryakumar Yadav’s 360 degree hitting ability be used or Manish Pandey get a final chance to show some consistency?

Will Krishnappa Gowtham’s off-spin and big hits be preferred over Krunal Pandya’s left-arm darts along with cheeky batting skills? How is Rahul Chahar placed against Yuzvendra Chahal, who hasn’t been in best of forms of late?

And who will don the big gloves? Is it Rahul Dravid’s protege Sanju Samson or the mercurial Mumbai Indians man Ishan Kishan, who can really pack a punch?

These are questions that needs to be answered by the team management during the next 11 days in Colombo.

India’s bench strength has been a matter of envy for all top cricketing nations and has allowed two national teams to compete in different parts of the globe in COVID times.

While Virat Kohli’s men are keen to set their dismal Test record in England straight, the team led by Dhawan and coached by Dravid, the man responsible for creating the pool, will never accept that this is a “second string” outfit taking on islanders, who are going through a low phase.

A team that has Dhawan and Shaw at the top along with likes of Pandey, Suryakumar, Pandya brothers, Hardik and Krunal, seasoned Bhuvneshwar Kumar and Deepak Chahar along with spin twins Yuzvendra Chahal and Kuldeep Yadav can be anything but pushovers.

Some of these players are T20 regulars and while the 50 over format is of lesser importance going into the global event in next three months, both Dravid and Dhawan know the importance of game time.

While there are six uncapped players in this Indian line-up, Dravid had recently made it clear that it will be difficult to provide game time to all the available payers.

It is expected that both Dravid and Dhawan would be consulting with Ravi Shastri and Kohli on what they would be looking for from the assortment of players available with them.

One thing is crystal clear. There aren’t many slots available in the Indian team for the T20 World Cup and it would need some out of the world show from the rookies in order to find a slot in the UAE bound team.

Among the newcomers, Varun Chakravarthy, who probably will be exclusively used in the shortest format, has a good chance of making the World T20 cut and Chetan Sakariya’s left-arm seam bowling is an option they would like to look at.

Chahal and Kuldeep, the pair who could do no wrong till 2019 World Cup, are both on borrowed time right now and it couldn’t have been a better time to face a struggling Sri Lanka.

However, Dhawan himself is still not assured of a ticket to UAE extravaganza with Rohit Sharma, Virat Kohli and KL Rahul being contenders to open the innings.

Dhawan is someone, who can only bat at the top and the skipper himself would like to reassert his supremacy in both formats.

Ditto for Buvneshwar, who would like to see himself in that T20 attack along with Jasprit Bumrah.

Lucy Walker’s latest sees the Oscar-nominated filmmaker investigating the deadliest week of wildfires in California history. “The world is waking up to the...
Read more