The nameplate of arrested TMC leader Partha Chatterjee was removed from outside his cabin in Nabanna, Howrah today. The minister has been arrested for his alleged role in financial irregularities in the teacher recruitment scam.

Nameplate of arrested Bengal minister Partha Chatterjee being removed from outside his cabin (Photo: India Today)

The nameplate of former West Bengal minister Partha Chatterjee, who has been arrested in the teacher recruitment scam by the Enforcement Directorate (ED), was removed from outside his cabin in Nabanna in Howrah today. The office of the former state education and industries minister was on the second floor of Nabanna and the nameplate was put outside. 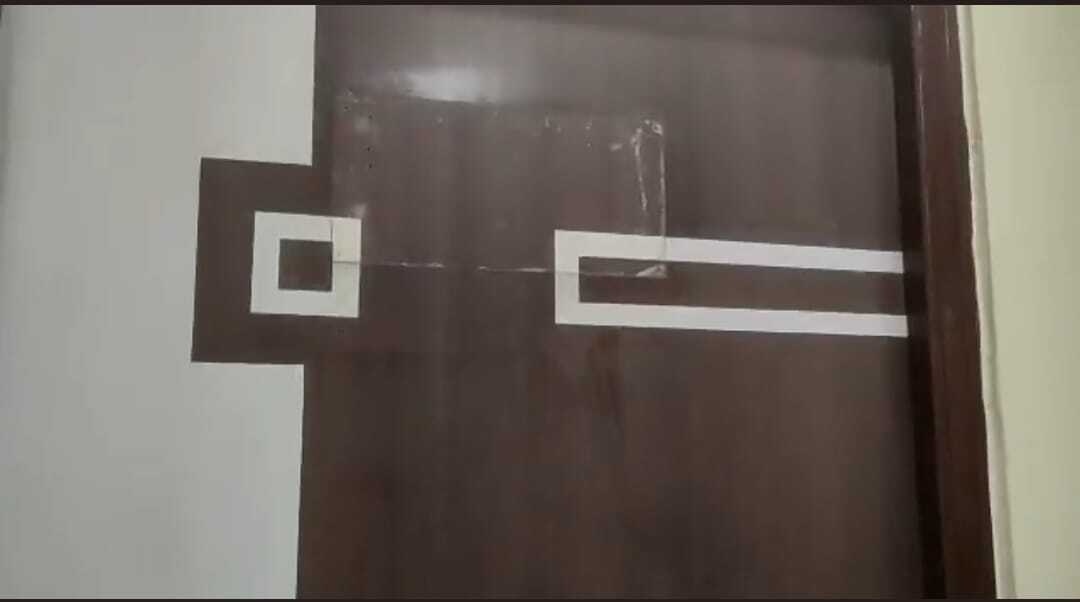 West Bengal Chief Minister Mamata Banerjee removed Partha Chatterjee as a minister and from all party posts in the Trinamool Congress (TMC) today and the decision was taken at a party meeting. On Wednesday, the ED recovered another Rs 28 crore in cash, over 5 kg of gold and several documents from the second apartment of Arpita Mukherjee, a close aide of arrested Bengal minister Partha Chatterjee.

The former TMC minister used to visit Nabanna and used to sit in the same room, having the nameplate. He used to speak to the journalists from the same room and also did his office work from here. Partha Chatterjee was removed from the portfolios of Commerce and Industry, Parliamentary Affairs, Information Technology and Electronics, and Public Enterprises and Industrial Reconstruction in the state Cabinet.

He was arrested by the ED on July 23 after 26 hours of questioning after cash worth Rs 21 crore and gold were seized from Arpita Mukherjee’s house in Kolkata. Chatterjee, who held the Industries portfolio, has been accused of a role in illegal appointments of teachers and other staff in government-run schools when he was Education Minister in 2016. He and Mukherjee have been sent to ED custody till August 3.

The CBI, as directed by the Calcutta High Court, is probing the alleged irregularities in the recruitment of Group-C and D staff as well as teachers in government-sponsored and aided schools on recommendations of the West Bengal School Service Commission (SSC). The ED is tracking the money trail in the scam.