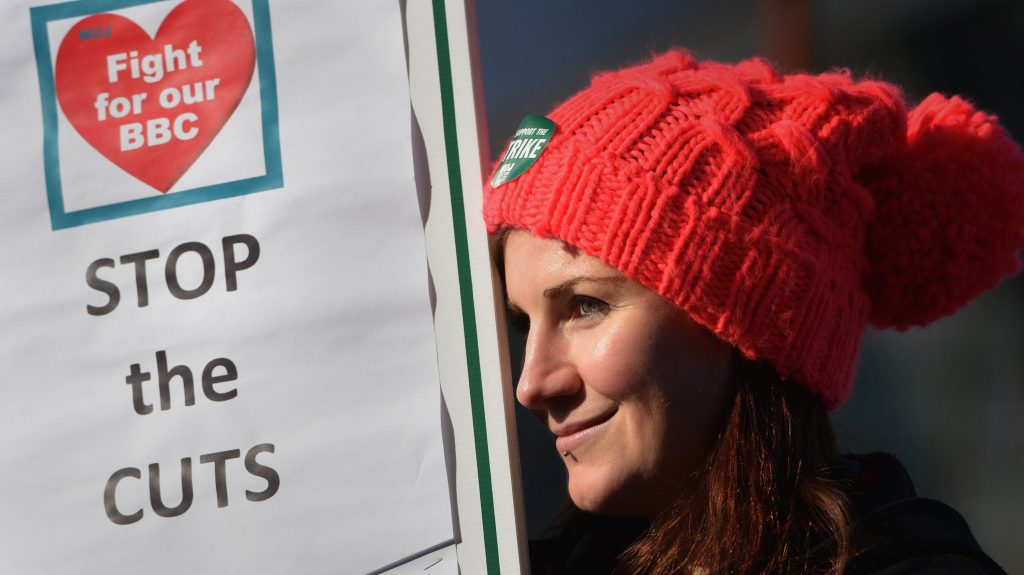 EXCLUSIVE: BBC insiders are saying it is inevitable that UK staff will stage their first major walkout in more than a decade as they protest over content cuts.

Employees at the broadcaster are furious at proposals to scale back local television and radio programming across the country and believe it is only a matter of time before they will have a mandate for strike action.

Should staff down tools, they will join a long list of workers launching industrial action around the UK, in what has been dubbed as a new “winter of discontent” following similar mass walkouts in 1979.

BBC employees completed a consultative strike ballot last week over the corporation’s plan to make nearly 50 roles redundant across its local services. Radio content is being cut, while the BBC has axed We Are England, a regional documentary TV show.

Members of the National Union of Journalists indicated that they would overwhelmingly support strike action. Some 80% said they would back a walkout, while 90% said they were in favor of action short of a strike, including work to rule.

Following the ballot, the BBC came forward this week with proposals to scale back cuts across local radio stations, though the concessions did not include reducing redundancies. NUJ members are now voting to accept or reject the BBC offer. Should they reject, a formal strike ballot will be launched by the union.

“Strike action is inevitable,” said a source. “[The BBC concessions] sent members into a tailspin — I was livid.” A second person familiar with the process added: “There has been a lot of anger to what the BBC put out to staff… Early indications are an overwhelming rejection of the proposal.”

BBC staff have not staged a major strike since 2010, when there was a 48-hour walkout over a pensions dispute. Flagship shows, including Newsnight and Breakfast, fell off air as star presenters including Fiona Bruce joined the protest.

The BBC has argued that funding for local content is being maintained, but it is reprioritizing £19M ($23.7M) of resources from traditional broadcast services to online and multimedia production to “keep pace with changing audience expectations.” This includes growing local news online and investing in investigative reporting.

The corporation has consulted widely on the plans and has said that it will attempt the avoid compulsory redundancies at all costs. The 48 roles being axed represents 2% of the 2,200 employees on local services.

Jason Horton, director of production for BBC Local, said: “Our goal over the next 12 months is to modernize our BBC Local services in England to strengthen our online provision for communities across the country. We have listened carefully to the feedback we have received about proposed changes to BBC Local Radio programming. As a result, we are making a number of amendments to the original plan in order to strike the best possible balance between live and on-demand services.”