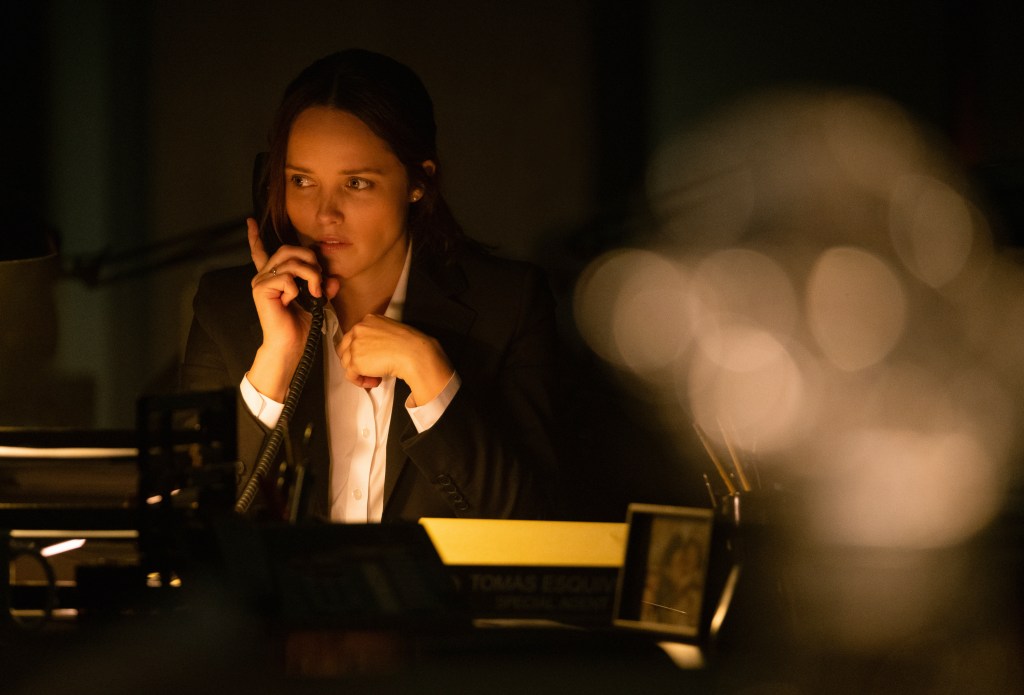 EXCLUSIVE: A month ago, Clarice was poised to move from CBS to Paramount+ with the promise of a long run for a premium version of the Silence of the Lambs sequel. Now, prospects for the series appear bleak as negotiations between the ViacomCBS streamer and co-producer MGM have reached a stalemate, I have learned.

Additionally, I hear there is no viable path for Clarice to continue on CBS as the broadcast network already committed to a full slate of series for next season. It would mean the end of the road for the high-profile drama barring a major breakthrough in the Paramount+ negotiations, which currently appears unlikely. Reps for Paramount+ and MGM declined comment.

Industry veterans describe this as one of the craziest situations they have seen, where a show with a Season 2 pickup is facing a demise and the prospect of putting 300 people out of work. It involves a marquee IP, Silence of the Lambs; a top producer, Alex Kurtzman; a recently merged company, ViacomCBS; and an about-to-be merged studio, MGM, which is in the process of being acquired by Amazon.

Depending who you talk to, MGM either abruptly stopped good-faith negotiations that were closing in on an agreement, or the studio opted to walk away after being offered a “mediocre” deal it could not accept.

The saga started with Clarice spending the spring on the bubble at CBS, where the freshman was the lowest-rated and least-watched scripted series in linear ratings. However, the serialized drama, considered more suitable for streaming, has been a strong performer on Paramount+.

On May 14, five days before CBS’ upfront presentation, Deadline reported that the network’s dramas SEAL Team and Clarice were headed to sibling Paramount+ (soon to be joined by Evil). According to sources, MGM Television, which co-produces Clarice with CBS Studios, was notified that day of the plan to relocate the show.

I hear there was a lot of back-and-forth between MGM Television and Paramount+/CBS Studios about a deal between May 14-May 21, an eventful week that included word getting out about Amazon’s pending acquisition of MGM (May 17), Paramount+ announcing the pickup of SEAL Team and Evil (May 18), and CBS holding its upfront (May 19).

However, no agreement for Clarice was reached. Each side sees the reasons why differently.

According to sources close to ViacomCBS, Paramount+ and CBS Studios made most — if not all — of the concessions MGM asked for in the business terms, but MGM still would not agree to a deal. I hear the license fee for the show went from $1.2 million-$1.3 million an episode at CBS, where the business model is based on deficit financing, to $3.8 million an episode at Paramount+, which, as a streamer, adheres closer to a cost-plus model.

Like with CBS, the proposed Paramount+ deal is domestic, with MGM handling international sales for the series (MGM Television and CBS Studios split the proceeds as 50-50 co-producers). In becoming a Paramount+ original, Clarice would no longer be able to pursue an off-network streaming deal in the U.S., though, according to industry experts, the Paramount+ license fee more than covers for that.

Sources close to MGM point out that the studio considered the Clarice deal offered by Paramount+ inferior to ones the streamer gave the two other dramas that moved from CBS to Paramount+, both fully owned by CBS. According to those sources, Paramount+ pays a license fee that covers about 90% of SEAL Team and Evil’s costs.

Sources close to CBS argue that the 82% is within the standard range for a premium series, which varies from show to show based on performance data analyzed by the pay cable network/streamer. I hear Paramount+’s internal projection for Clarice was to break even at 78% license fee and to lose money at 82%, the number which it ultimately agreed to.

The size of the order also was a point of contention, with Paramount+ offering 10 episodes. I hear MGM asked for a minimum guarantee of 15 episodes per season (there is a discrepancy whether the request was for Season 3 and beyond or starting in Season 2).

I hear Paramount+’s response was that 10-episode seasons are standard on the streamer. Complicating the issue is the fact that Evil moved from CBS to Paramount+ after its second season had already been produced for broadcast, so it consists of 13 episodes. Meanwhile, I hear SEAL Team‘s upcoming fifth season will consist of 14 episodes; the first four will first air on CBS and the remaining 10 will premiere on Paramount+. (The drama has been a solid ratings performer on the linear network.) According to multiple sources, Paramount+ was willing to up the size of the order for Clarice, but the issue was not pursued further.

Additionally, MGM’s request to get a second window for Clarice on its owned premium network Epix was countered by a multi-year hold on the episodes. The delay in making the produced seasons of the show available on Epix was not acceptable to MGM, sources said.

I hear early on in the negotiations, there was enthusiasm expressed by MGM Television executives about the prospect of Clarice moving to streaming, where it could have a shot at a longer run and the creative freedom to explore the characters and storylines without the restraints of broadcast TV. After the flurry of activity between the two sides and a number of concessions made, there were indications from MGM TV that an agreement was looking good. But that never materialized.

CBS Studios was motivated to make the deal work as Clarice comes from the studio’s top producer Kurtzman. He helped build Paramount+ predecessor CBS All Access with the Star Trek universe whose continuous expansion he is overseeing.

It is unclear who exactly at MGM made the decision not to proceed with the Clarice deal at Paramount+. I hear the streamer was led to believe the pact had been rejected by the board, while sources close to MGM claim that the matter was never brought to the board but rather was reviewed by a committee within the company that oversees licensed properties.

The talks were originally handled by top executives at Paramount+, CBS Studios and MGM Television. When talks stalled, I hear CBS Entertainment Group president and CEO George Cheeks, CAA, which reps Kurtzman, and MGM chairman Kevin Ulrich got involved. Yet, an agreement remained out of reach.

While the MGM-Amazon deal was announced while MGM and CBS were negotiating for Clarice, the pending acquisition is not believed to have played a direct role in MGM’s decision not to agree for the show to move to Paramount+, which is a competitor to Amazon’s Prime Video.

Still, Amazon’s $8.45 billion buy of MGM is based the MGM library, so the company trying to hold onto one of its best-known pieces of IP to possibly explore it in the near future with a new series at Prime Video would fall within the realm of plausible business moves in the situation. While outside industry observers point to the possible connection, given the timing of the negotiations’ collapse, sources within MGM insist that it is business as usual at the studio, which continues to sell to outside buyers as the proposed Amazon acquisition is going through the regulatory process.

There had been a number of unsuccessful attempts to bring Silence of the Lambs to television until Kurtzman and Jenny Lumet came up with the idea for Clarice.

I hear MGM brass are happy with the duo’s creative vision but the studio is interested in keeping the show at ViacomCBS only if it remained on the broadcast network based on a presumption that, even if it did not rate well on CBS, the company would get more in foreign sales with the series on a domestic broadcast network — a notion disputed by some industry experts. I hear Ulrich’s belief is that a broadcast series brings more value to the entire MGM library and a move of Clarice to a streamer would negatively impact the studio’s library assets beyond that one series.

Still, MGM would’ve made money on Clarice with a Season 2 run on Paramount+. Instead, it would now be walking away with a loss from deficit-financing a show canceled after one season, one of the worst scenarios in the broadcast network business.