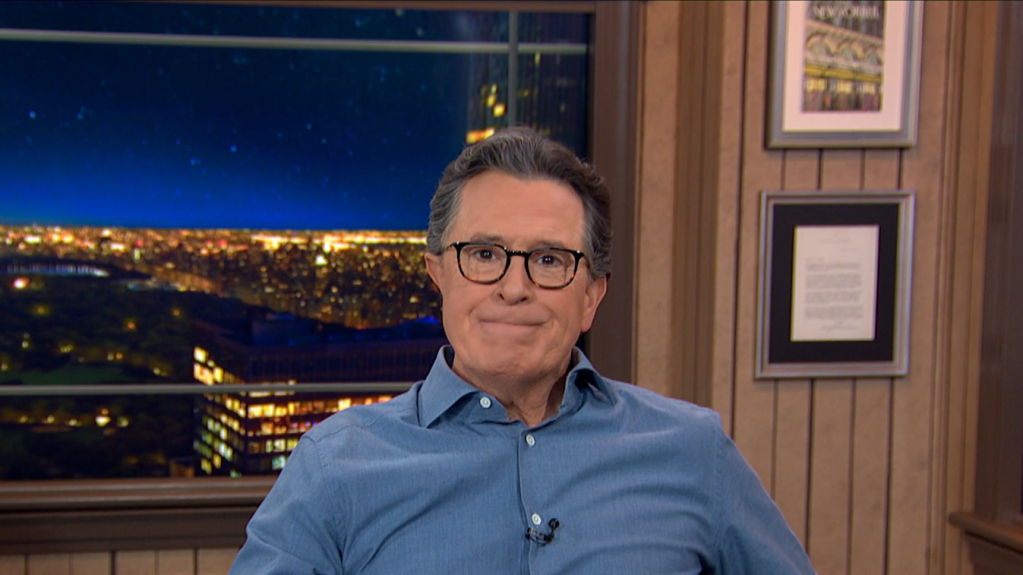 On Day 11 of former Minneapolis Police officer Derek Chauvin’s trial for the murder of George Floyd, Stephen Colbert lamented that “sadly, we’re back where we started,” with “another Black man…killed by police.”

The Late Night host was referring, in his opening monologue, to the officer-involved shooting of Daunte Wright on Sunday, in the Minneapolis suburb of Brooklyn Center. The 20-year-old was killed after cooperating in a routine traffic stop, just a few miles from the courthouse where Chauvin is being tried.

“The cops determined that he had a warrant out for his arrest, and then as the police tried to detain him, he stepped back into his car, at which point an officer shot him,” Colbert explained. “Angry citizens protested all last night in front of the police station.”

Certainly, he suggested, the protests would not likely subside, with Minneapolis locals learning of the police’s official explanation for the shooting—that being that the officer involved accidentally drew her handgun instead of her Taser, when approaching Wright. “It’s dangerous when a policeman can’t tell if you’re holding a gun; it’s insane when they can’t tell if they’re holding a gun,” Colbert said. “Now, you might think, ‘Hey, just don’t try to flee, and nothing bad will happen to you’—and you would think wrong.”

As Colbert looked to expand on the matter, answering the question, “Where does progress stand today?” he brought out “resident American historian” John Thibodeaux, who happens to be an African-American writer on his staff.

“John, thank you for being here. Listen, I knew you were one of my writers, I just didn’t know you were an historian,” Colbert said. “What are your credentials?”

After the activism of the last year—not only in the U.S., but around the world—Colbert thought things were getting better, with deaths like Wright’s and Floyd’s on the decline. But per Thibodeaux, he “thought wrong.”

“Why did I think that?” asked Colbert, to which the writer responded, “Because you’re white.”

Tonight on The Late Show, Colbert also touched on the Matt Gaetz scandal and more. Check out his opening monologue above.

EXCLUSIVE: Documentary+, the non-fiction streaming service established by studio XTR, is to share viewership data with its filmmakers, potentially becoming the first SVOD...
Read more
Previous articleANWESHA to continue for 5 more yrs
Next articleRR vs PBKS, IPL 2021: How The World Reacted To Sanju Samson Denying Chris Morris A Single In Last Over
LocalTakSabse Tez