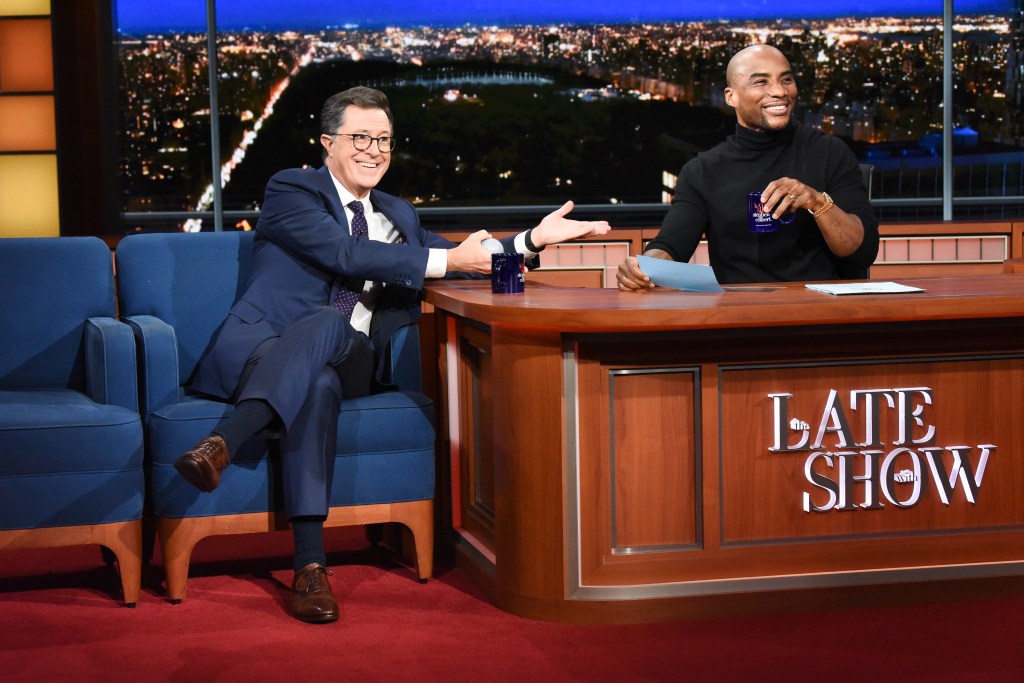 The weekly series will launch on Friday September 17 at 10pm. The network had originally hoped to launch the show last year ahead of the U.S. Presidential Election.

It marks The Late Show host’s return to the network, which is now siblings with his home CBS, for the first time since 2014.

The pair have known each other since 2016 when Charlamagne first appeared on The Late Show. He has been a guest on the talkshow seven times and are both from South Carolina. Colbert’s brother, in fact, was a a teacher at Charlamagne’s middle school.

‘The Daily Show With Trevor Noah’ To Tackle Racial Injustice & Sex Robots In Roy Wood Jr.-Hosted Podcast ‘Beyond The Scenes’

“This is one of those moments where I can show you better than I can tell you,” said Charlamagne. “This is the third talk show Chris McCarthy has done with me and those shows prepared me for this opportunity. My South Carolina brethren Stephen Colbert is the ultimate cosign in the late night space and he wouldn’t cosign no bullshit. We are going to win an Emmy next year for best lighting direction I can feel it.”

“For too long, the town of Moncks Corner, South Carolina has been underrepresented in late-night,” said Colbert. “I look forward to all the ways in which the fearless, peerless Charlamagne is going to change the game.”

“Charlamagne knows exactly what he wants to do with this show – which is smack the audience upside the head every week and make sure they’re paying attention to the world around them,” said executive producer, Aaron McGruder. “He is keenly aware of the power of his voice and always looking to use it to maximum effect, which requires both talent and courage. I’m very excited to be a part of this project.”

“Charlamagne is one of the most culturally significant voices of our time,” said Chris McCarthy, President and CEO, MTV Entertainment Group. “His thought provoking and uninhibited observations both get under people’s skin and open their minds which is why we are thrilled to be doing this show with him and equally thrilled to welcome back the Dean of Late Night to Comedy Central, Mr. Stephen Colbert.”

EXCLUSIVE: The Falcon and the Winter Soldier‘s leading man will star alongside Oscar winner Julianne Moore in Apple Original film and A24’s  Sharper, we...
Read more
Previous articleEnglish-Language Remake of Lesbian Romantic Drama “Two of Us” in the Works
Next articlePoonam Pandey on Raj Kundra: When I decided to terminate the contract, they leaked my personal mobile number writing, ‘Call me now, I will strip for you’ | Hindi Movie News
LocalTakSabse Tez