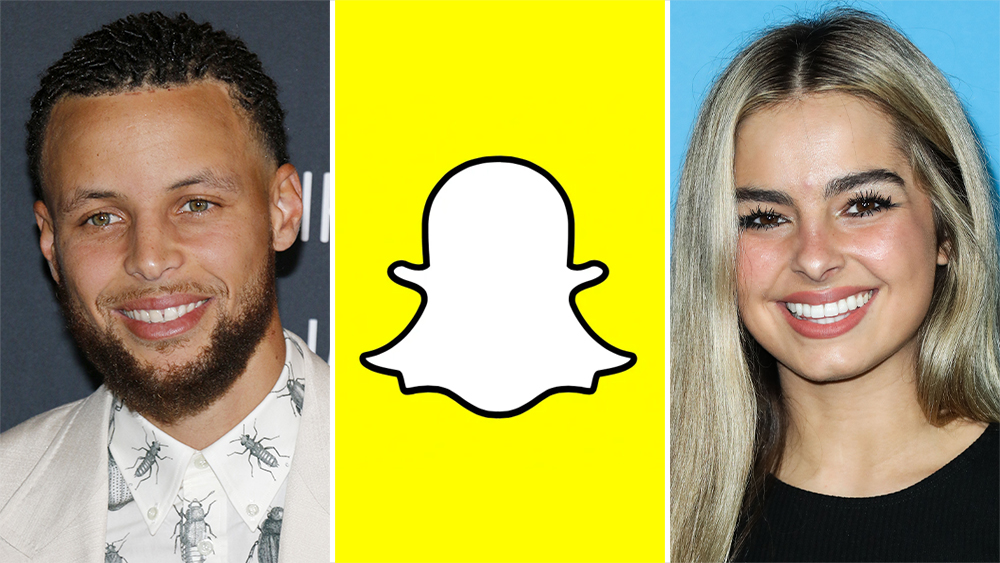 Seven-time NBA All-Star Stephen Curry and social media personality, dancer, actress and singer Addison Rae are among those getting their own series at Snap, the company announced on Tuesday.

The former series, Level Up with Stephen Curry, will follow the athlete as he mentors the next generation of stars and empower them to raise their game—both on and off the court—in ways they never thought possible. Curry’s Unanimous Media is producing with Portal A.

Rae’s series, Addison Rae Goes Home—produced by Maven—watches as she returns to her roots in Louisiana, heading home fir the first time since achieving Hollywood success, and showing fans a more personal side than they have ever seen before.

Rae and Curry’s new shows are accompanied on Snap’s upcoming slate by three others, including Liquid Light’s Ryan Garcia: The Fight Inside, in which the undefeated boxer and social media star of the same name guides fans through an intimate exploration of mental health with the help of celebrity athlete friends and wellness experts.

Reunited, from Future Studios, will tell the heartwarming stories of real people from across the U.S. who are going to great lengths to reconnect with their loved ones, featuring episodes on LGBT acceptance within a religious family, a first-time meeting between a daughter and her birth mother, families kept apart by Covid-19, and a formerly incarcerated man reuniting with his family for Thanksgiving.

Then, there’s SBX Studios’ A Fighting Chance with Anthony Joshua, a show centered on the British professional boxer of the same name, and his mission to give the younger generation of his community in Watford the mentor he never had.

Snap is the company behind the popular social media platform Snapchat and the Bitmoji app, among other tech products and services. Its recent mobile video releases include Honestly Loren, a docuseries centered on model, singer and social media personality Loren Gray; Manny MUA unscripted series Coming Out; and Total Badass Wrestling, a comedy series produced by Comedy Bang Bang.

Premiere dates for Snap’s newest series have not yet been announced. All others are currently available for streaming via the Snapchat app.

IND vs WI: Ahmedabad To Host India’s ODI Series vs West Indies, T20Is To Be Held In Kolkata