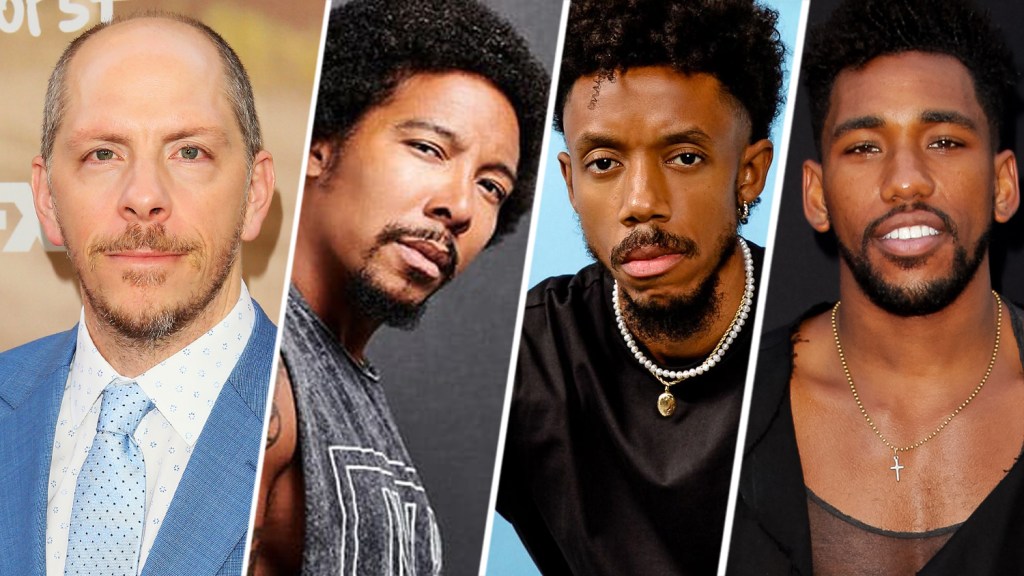 Get Buckets follows three estranged brothers who must band together following their billionaire father’s untimely death to figure out how to run the professional basketball team he left behind — and how to be a family.

Falk is the creator and executive producer of the FX/FXX series You’re The Worst which ran for 5 seasons, and starred Chris Geere, Aya Cash, Desmin Borges, and Kether Donohue. He was also a writer and co-executive producer on the hit Showtime series Weeds and Netflix’s Orange Is The New Black. Falk is repped by UTA, and Jackoway, Austen, Tyerman, Wertheimer, et al.

Maldonado is gearing up for his return to the small screen in Season 2 of the Starz wrestling drama series Heels in the role of Rooster Robbins. Additionally, he will reprise the role fo Coach Long in ABC’s The Wonder Years for its sophomore season dropping this summer.

In film, he currently stars as Kyle in House Party, the reboot/remake of the 1990 comedy of the same name. Other credits include Straight Out of Compton, Maya and the Three, The Last O.G., and Black-ish. Maldonado is repped by Red Baron Management, and Goodman, Genow, Schenkman, et al.

Britt-Gibson is best known for bringing to life the character Darius “O-Dog” Hill in the acclaimed HBO series The Wire in Seasons 4 and 5, in his small screen debut. He reunited in 2022 with David Simon and George Pelecanos for the HBO limited series, We Own This City. Other TV credits include HBO’s Barry, Starz’s Power, and Showtime’s Californication.

Big screen credits include Three Billboards Outside Ebbing, Missouri, Judas and the Black Messiah, and Just Mercy. He is repped by UTA, Industry Entertainment, and Johnson Shapiro Slewett & Kole.

Smith is best known for voicing Mikey in Nickelodeon’s Rise of the Teenage Music Ninja Turtle and its companion film released via Netflix in August. He previously portrayed Sam Dresden in Falks’ series You’re The Worst in a recurring role. Other TV credits include Hulu’s Four Weddings And A Funeral, Sweet/Vicious for MTV, as well as Sonny With Chance, So Random!, and Phil of the Future for Disney Channel.

For the big screen, he brought to life the legendary Little Richard in the Chadwick Boseman-led film Get On Up about the life of James Brown. Smith is represented by Artists First.

Mortal Media is represented by UTA and Ziffren Brittenham.