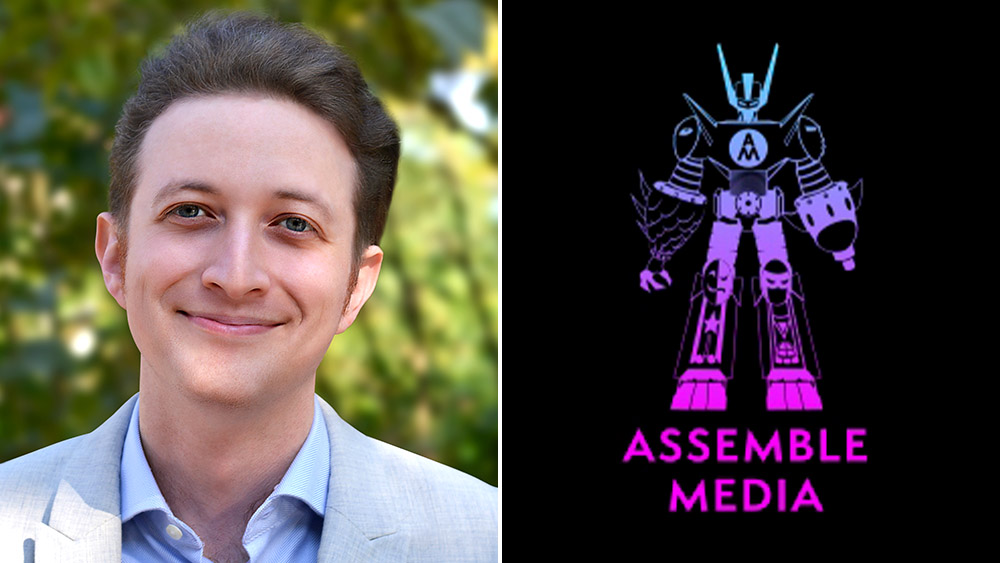 In his new role at the multi-platform production company, he will oversee IP development, as well as book packaging, scouting literary and current event properties for its film and TV slate overseen by Director of Development Caitlin de Lisser-Ellen and Principal Jack Heller.

Salpeter will also oversee Assemble’s upcoming short story magazine, Assemble Artifacts, with De Lisser-Ellen. The mag put together in collaboration with Blackstone Audio looks to showcase new voices with a focus on stories of mystery and wonder. Both audio and digital versions of its first issue set were released on October 27.

“We have had an outstanding time working with Steven and are thrilled to bring him and his years of experience in-house to continue the ramp-up of our literary and intellectual property division,” said Heller.

“I look forward to putting my eight years in the literary world to work to develop and discover fresh and exciting properties with the Assemble team,” added Salpeter.

Salpeter join Assemble Media after spending eight years at the literary agency Curtis Brown. There, he represented bestselling authors Kristin Cast, Gabriella Epstein, and Katy Farina; International Latino Book Award winner Joy Castro; web creators including Sarah Graley, Sara Goetter Stef Purenins, Ark Revner, Natalie Riess, and Mei Yu; as well as other authors, comic creators and literary estates. His clients have had five books hit the NYT Bestseller list in the past year, and he will continue to manage a small list of them while at Assemble Media.

Recent projects from Assemble include John Michael McDonagh’s The Forgiven, starring Jessica Chastain and Ralph Fiennes; and Gia Coppola’s Mainstream, starring Andrew Garfield and Maya Hawke. Upcoming projects include the Netflix comedy Most Likely To and MGM comic book adaptation Mercy Sparx. The company has established itself in the book packaging space with titles including Don’t Hate the Player, which it generated and packaged with Salpeter’s client Alexis Nedd and sold to Bloomsbury in a two-book deal, setting up multiple studio projects based on literary properties it’s either generated or acquired.