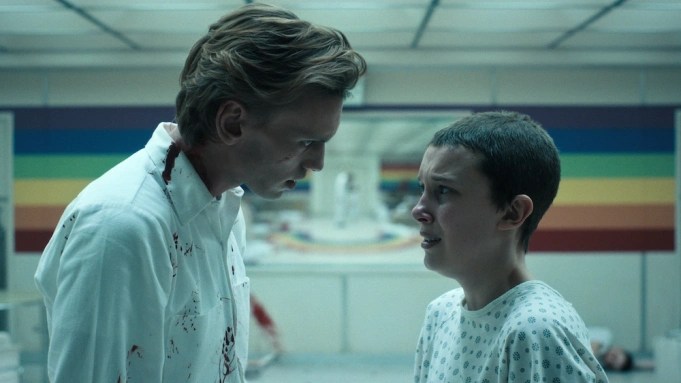 Script writing has begun on the final season of Stranger Things.

The Netflix series’ writing team posted an image on Twitter on Tuesday with the caption “Day 1,” noting that they are in the beginning stages of writing the season.

Back in February, showrunners the Duffer Brothers announced that Season 5 would be the final season of Netflix’s retro horror-thriller series. “There are still many more exciting stories to tell within the world of Stranger Things: new mysteries, new adventures, new unexpected heroes,” they wrote. “But first we hope you stay with us as we finish this tale.”

While this Stranger Things arc in nearing its end, there’s plenty more to come in the series’ universe.

As Deadline broke last month, the Duffers formed their own shingle Upside Down Pictures and inked an overall deal with Netflix with a full slate of projects — including a live-action Stranger Things spinoff series based on an original idea by the brothers with Upside Down and 21 Laps producing. Also in the works is a new stage play set within the world and mythology of Stranger Things, produced by UK-based stage producer Sonia Friedman, director Stephen Daldry and Netflix. The play will be written by Kate Trefry.

The Duffers told Deadline that a major goal with Season 5 is to “stick the landing” with the final 20 minutes they have already mapped out; Deadline’s Mike Fleming Jr reported it primed the tear ducts of Netflix executives when the duo pitched the final season.