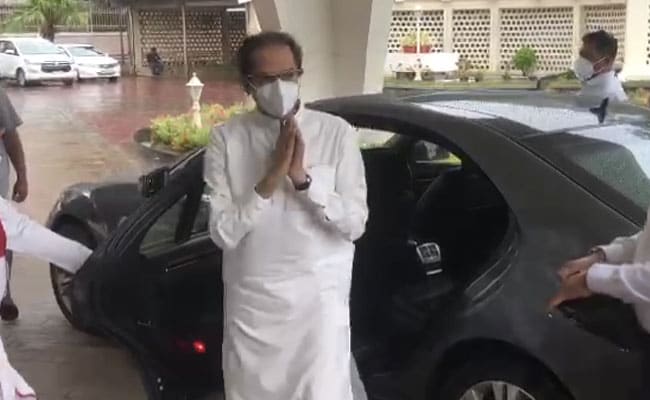 The Maharashtra Legislative Council (MLC) elections on Monday will witness another contest between the BJP and Congress after the recently held Rajya Sabha elections.

A total of 11 candidates are contesting for 10 Maharashtra Legislative Council seats, with the Maha Vikas Aghadi (MVA allies) – Shiv Sena, NCP and Congress – fielding two candidates each. The BJP has nominated five candidates.

While nine candidates are assured of a victory given their current strength in the state assembly, the main contest will be between Congress’s Mumbai President Bhai Jagtap and BJP’s Prasad Lad for the 10th seat.

The voting, which commenced at 9 am, will end at 4 pm and the results will be declared in the evening. Maharashtra Chief Minister and Shiv Sena chief Uddhav Thackeray reached the state assembly soon after the voting started and met his party MLAs.

As part of the party’s strategy to prevent cross-voting, a sitting Shiv Sena MLC is accompanying party MLAs to the door of the hall where voting is taking place, sources said.

In the Rajya Sabha polls that was held for six seats on June 10, the Sena’s second nominee Sanjay Pawar, who was leading in the first round, was defeated by BJP’s Dhananjay Mahadik.

The BJP led by Devendra Fadnavis had clinched three seats by wooing MLAs of smaller parties and Independents and through clever vote allotment.

Taking no chances this time, Congress and NCP leaders last week held a meeting with the Chief Minister to discuss the strategy for the election to the state Legislative Council. All the three parties had lodged their MLAs in different hotels in Mumbai fearing poaching.

Uddhav Thackeray on Sunday ruled out chances of cross-voting in the MLC polls.

The effective strength of the 288-member Maharashtra House is reduced to 285 as three MLAs won’t cast their votes today.

Each candidate requires the support of at least 26 MLAs to win, and the 29 MLAs of smaller parties or independents will play a crucial role in the elections.

With 106 legislators, BJP can comfortably win four seats. But for the fifth seat from which Prasad Lad is contesting, the party would need the support of defectors and independents.

The Sena with 55 legislators and NCP with 51 MLAs can easily win their two seats respectively, while the Congress with only 44 MLAs, will require at least eight first preference votes from Independents and other smaller parties for its second candidate Bhai Jagtap to get elected.