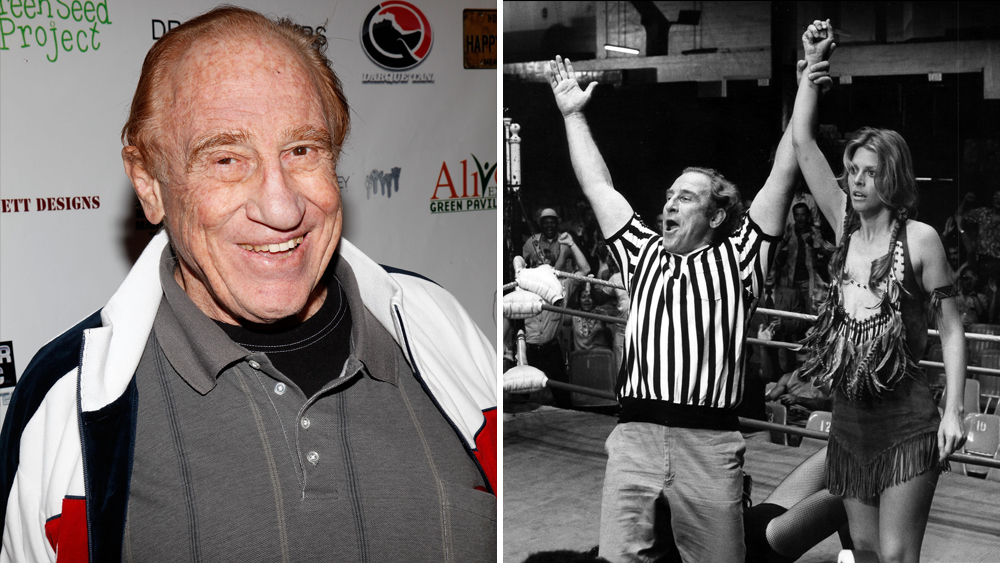 Gene Lebell, who had an acting and stunt career that stretched from The Adventures of Ozzie and Harriet to 24 and who the WWE called today “a towering figure in the world of martial arts,” has died. He was 89.

Lebell reportedly had more than 1,000 TV and movie credits, mostly as a stuntman, but also as a heavy, often a fight referee and sometimes a colorful background character. Dubbed “The Godfather of Grappling,” he faced off onscreen against Chuck Norris, Steven Seagal, Jean-Claude Van Damme and Bruce Lee. He refereed Muhammad Ali’s infamous fight against Japanese wrestler Antonio Inoki. Holding a 10th degree red belt in Judo and a 9th degree black belt in Ju-jitsu, helped train everyone from Lee to Norris to “Rowdy” Roddy Piper and Ronda Rousey.

“Gene was the guy who taught Bruce Lee about grappling,” according to comedian, podcaster and UFC color commentator Joe Rogan.

The duo worked together on The Green Hornet in the mid-sixties when, the story goes, Lebell was brought in because Lee was beating up all the stuntmen. They needed someone who could gain Lee’s respect. According to Bob Calhoun, who co-authored of LeBell’s autobiography The Godfather of Grappling, LeBell said when he got to the set, the stunt coordinator told him to put Bruce Lee “in a headlock or something.”

“He started making all those noises that he became famous for,” LeBell said of Lee, for whom he had great respect, “but he didn’t try to counter me, so I think he was more surprised than anything else.”

Then LeBell said he lifted the Green Hornet star in a fireman’s carry on his back, neutralizing him, and ran around the set.

In the end, the ever-curious Lee had LeBell train him in various wrestling moves, which he incorporated into his style. Calhoun notes that Lee “finishes off Chuck Norris with a chokehold in Way of the Dragon (1972) and beats a young Sammo Hung with an armbar in Enter the Dragon (1973).” Both are wrestling moves.

The Green Hornet story helped serve as inspiration for Cliff Booth, the stuntman-actor character Brad Pitt plays in Once Upon a Time…In Hollywood, who clashes with a fictional Bruce Lee on set. When talking about Cliff Booth, director Quentin Tarantino has been careful to both give LeBell his due credit and also stress that Booth is a fictional character unto himself.

There is also a possibly true, possibly apocryphal story about LeBell mixing it up with Steven Seagal. It does not end well for Seagal.

Onscreen, LeBell appeared opposite Elvis Presley three times, most notably in Blue Hawaii. He may be the only man to be beaten up by the small screen Batman (in the late-60s Batman series) and the big screen Batman (the 1997 Batman & Robin) thirty years later. He was also a stuntman on a film starring Cliff Booth himself (Brad Pitt): 2005’s Mr. & Mrs. Smith.

It’s with immense sadness to hear about the passing of a great man and dear friend, Gene LeBell. I’ll always remember the special times we shared together. pic.twitter.com/IqcuVDIu7O

Gene LeBell remained a towering figure in the history and expansion of mixed martial arts and sports entertainment. A teacher to many of the sport’s greats, his influence is felt throughout @WWE to this day. Our thoughts are with his family and loved ones at this time.

I’m still calling it a double wrist lock, just so you know. 💔💔 pic.twitter.com/VEwNpAxJb8

THE GENE LEBELL THE REALEST TOUGHEST MAN ON THE EARTH. WE SHOOT TOGETHER HE WAS EXCELLENT I LOVE HIM I MISS HIM FOREVER pic.twitter.com/JK27UBOclA