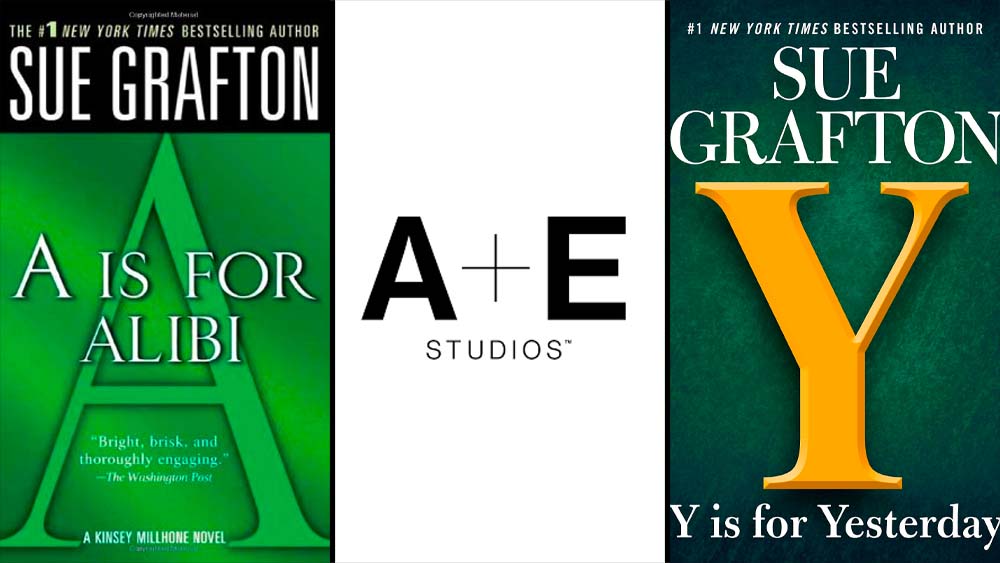 EXCLUSIVE: In a very competitive situation with multiple bidders, A+E Studios has landed the exclusive rights to #1 New York Times-bestselling author Sue Grafton’s alphabet book series featuring private investigator protagonist Kinsey Millhone. Under the pact, the studio can develop and produce the entire library of Grafton’s wildly popular alphabet mysteries for television. This marks the first time the screen rights to the book series has been made available, with Steve Humphrey, Grafton’s husband for more than 40 years, serving as executive producer on the adaptations.

A+E Studios, led by President Barry Jossen and SVP Tana Jamieson, is fast tracking the project. “We are actively speaking with interested platforms and seeking a showrunner for the series, as well as the perfect actress to embody the coveted lead role of Kinsey Millhone,” Jossen said. “Sue Grafton is the ultimate storyteller who spent decades entertaining readers through her rich characters and spellbinding mysteries.”

Grafton’s alphabet series follows Kinsey Millhone, a former police officer turned private investigator, as she solves crimes all while dealing with her own complicated past. It begins with “A” is for Alibi in 1982 and concluded with 2017’s “Y” is for Yesterday, the last book Grafton completed before her death in 2017 at the age of 77 after a two-year battle with cancer.

In announcing Grafton’s death, her daughter, Jamie, wrote, “Many of you also know that she was adamant that her books would never be turned into movies or TV shows, and in that same vein, she would never allow a ghost writer to write in her name. Because of all of those things, and out of the deep abiding love and respect for our dear sweet Sue, as far as we in the family are concerned, the alphabet now ends at Y.”

Sue Grafton, whose second published book, The Lolly-Madonna War, was turned into a 1973 movie, worked in Hollywood from 1973 to 1989 — largely adapting books into TV movies  — before leaving when her alphabet book series took off. She had vowed not to have her popular series get a screen treatment.

“I will never sell [Kinsey] to Hollywood,” the outspoken Grafton said in a 1997 interview. “And, I have made my children promise not to sell her. We’ve taken a blood oath, and if they do so I will come back from the grave: which they know I can do. They’re going to have to pass the word on to my grandchildren: we do not sell out our grandma. I just will not let them touch her. I’ve trashed other writers, I’m not gonna let them have a crack at me.”

Television storytelling has evolved dramatically over the past 24 years and especially in the past decade when streaming platforms changed the way content is created and consumed. Additionally, the massive scripted series expansion in the past decade, driven by streamers, has put a premium on marquee book IP as more top titles than ever are being adapted into series, creating a big demand. Grafton’s family felt that this was the right time to bring the author’s beloved books to the small screen so her legacy can live on as her work finds new audiences.

“We are thrilled to be joining with A+E Studios to introduce Kinsey Millhone to a new and wider audience,” said Steve Humphrey. “The success of Sue’s mysteries has always centered around her compelling characters, and, with the support of her family and children, we are committed to maintaining the tone and tenor of Sue’s books that fans love. Working with the team at A+E Studios is the perfect partnership to making this a reality.”

Grafton’s work is published in 28 countries and 26 languages—including Estonian, Bulgarian and Indonesian. Named a Grand Master by the Mystery Writers of America, Grafton has also received many other honors and awards, including the Lifetime Achievement Award from the Private Eye Writers of America, the Ross Macdonald Literary Award, the Cartier Diamond Dagger Award from Britain’s Crime Writers’ Association, the Lifetime Achievement Award from Malice Domestic, the Anthony Award given by Bouchercon, and three Shamus Awards.

A+E Studios’ ability to land the high-profile alphabet series IP stems from the commitment to the studio by A+E Networks Group, run by President & Chairman Paul Puccieri. Coming up for A+E Studios is another best-selling book adaptation for TV, the drama series The Lincoln Lawyer from David E. Kelley for Netflix based on the popular novels by Michael Connelly. The studio’s portfolio also includes hit drama series Big Sky from Kelley for ABC, You from Berlanti Productions and Alloy Entertainment with Warner Horizon Scripted Television for Netflix, and the upcoming Flowers in the Attic: The Origin miniseries for Lifetime based on the work of author V.C. Andrews. A+E Studios’ first local language production, supernatural thriller The Malevolent Bride from Our Boys creator Noah Stollman, goes into production in Israel later this year and will air exclusively on KAN 11, Israel’s Public Broadcaster.