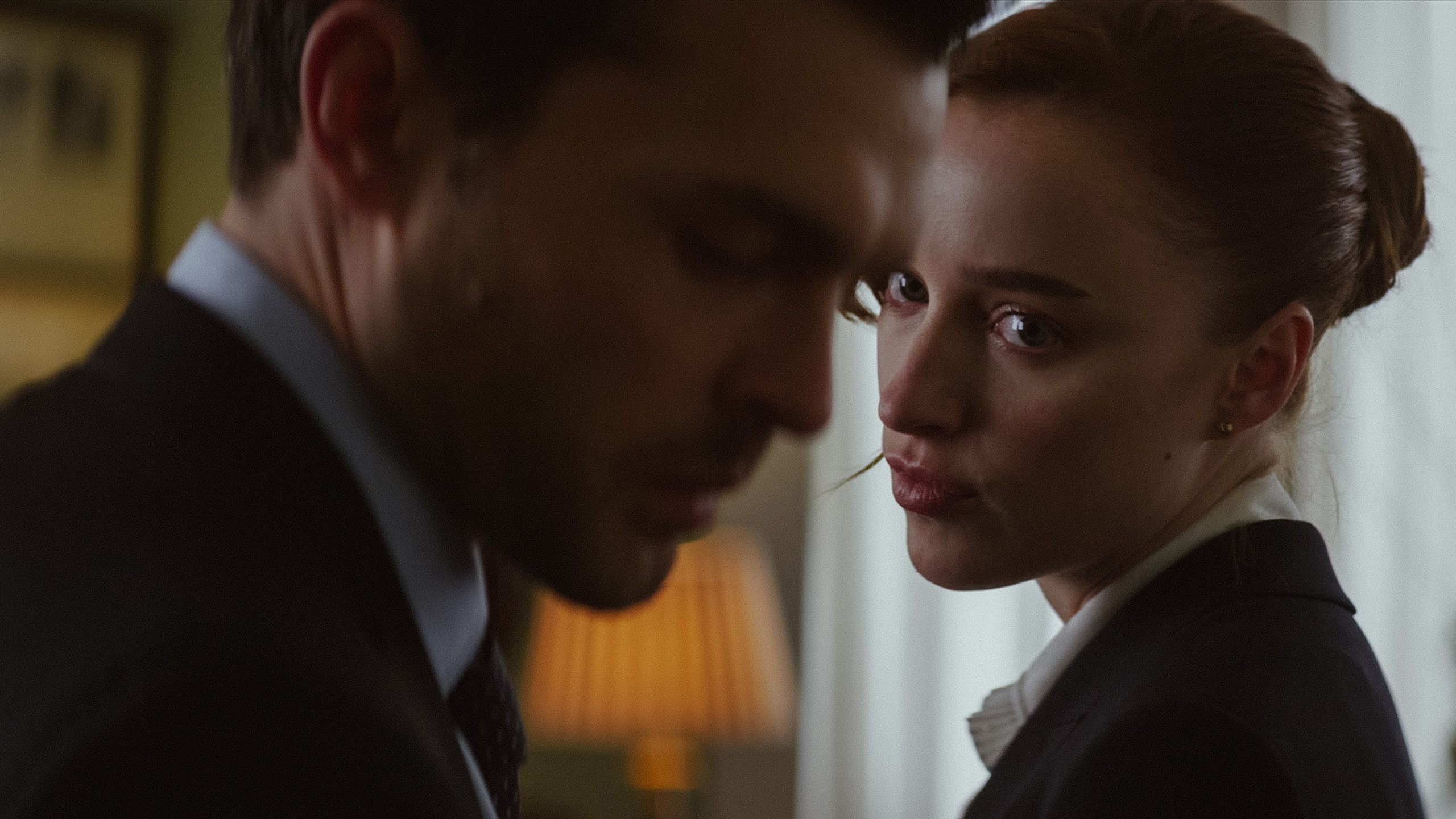 Chloe Domont is a writer and director whose short films “Haze” and “All Good Things” have been included in the Official Selection of BAMcinemaFest, AFI FEST, LA Film Festival, and AFI DOCS, among others. She’s written and directed on the hit HBO show “Ballers” and has directed episodes of “Shooter” for Netflix and “Billions” for Showtime.

“Fair Play” is screening at the 2023 Sundance Film Festival, which runs from January 19-29.

CD: “Fair Play” is a thriller about power dynamics. It follows a relationship put to the test when an unexpected shift in power occurs. This shift exposes true natures, and on a larger level, the unsettling link between female empowerment and male fragility.

CD: I wanted to reckon with some unresolved feelings I had from my personal experiences in the past, specifically experiences dating men who were threatened by me in some way. The only way I could cope with that was by making myself small — in a desperate bid to protect those relationships.

Over time this response became normal, second nature, every day. I just accepted it and didn’t talk about it because I couldn’t admit that the dynamic was real. It was also confusing and hard to process because these men adored me for the very same things that frightened them.

That’s why I started writing this story — to sound the alarm and to shine a light on something that I believe many of us struggle with, but are too afraid to talk about or even admit.

CD: I’d like to leave the audience with certain questions that hopefully starts a conversation. For one, how can women embrace their success without fearing that it will hurt them? How can we demystify the role that men are raised to think they’re supposed to fill? It’s okay if they’re not the number one breadwinners. Success is not a zero-sum game.

CD: Getting to the first day of filming. As with every production, you’re constantly getting hit with obstacles that threaten your vision and the life of the movie. It was about learning how to deal with forces that were outside my control, figuring out how to pivot quickly so that we could live to fight another day.

I was confident that once we started filming things would flow, but until you actually start, it always feels like it could fall apart at any moment.

I’m very grateful that I had an amazing team of people around me, supporting me through every obstacle and who were determined to make this film as much as me.

CD: MRC funded the film through an emerging filmmaker label that is run by T-Street.

CD: My love of movies, love of stories, love of drama. When I was young, my father showed me films that moved me in ways that completely changed my life. It inspired me to start writing stories of my own when I was eight and I haven’t stopped since. It’s a drug. I can’t get enough. It’s the greatest challenge and the greatest joy.

CD: The best advice was from my mother who told me to double down in who I was. To be honest and compassionate, but also, unapologetic.

The worst advice was from people giving me unsolicited advice like they know me and know what I want. Also giving me advice like I’m just a statistic.

CD: Tell stories that only you can tell. Be clear with your vision for those stories. And find people who will get behind that vision and help you bring your story to life.

CD: “Toni Erdmann” by Maren Ade. Because it’s unpredictable and messy and ugly and heartbreaking and hilarious. It entertained me and gutted me and there’s just never been a father- daughter story like it.

W&H: What, if any, responsibilities do you think storytellers have to confront the tumult in the world, from the pandemic to the loss of abortion rights and systemic violence?

CD: I think it’s essential to tackle big issues, but there has to be a personal reason for it and a personal way in. For something to be universal and connect with people, it needs to be specific and singular.

W&H: The film industry has a long history of underrepresenting people of color onscreen and behind the scenes and reinforcing — and creating — negative stereotypes. What actions do you think need to be taken to make Hollywood and/ or the doc world more inclusive?

CD: I think the industry needs to commit to making the casting process more inclusive on their productions and actually meet those commitments. Also, hire more filmmakers of color. Finance their stories. Make their movies.