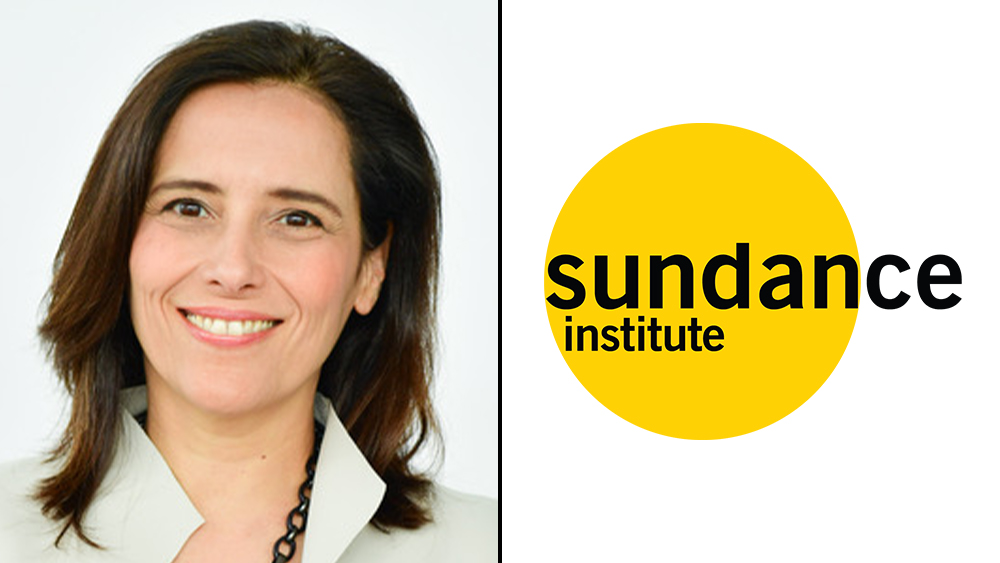 After three years as the Executive Director and Co-Head of the Toronto International Film Festival, Joana Vicente is heading to the Sundance Institute as their new CEO. She will start her new job at the beginning of November, splitting her time between Sundance’s office in New York, Los Angeles and Park City, UT.

Vicente succeeds CEO Keri Putnam, who stepped down earlier this year and will oversee the entire Sundance media and arts nonprofit organization which includes its year-round artist programs, the Sundance Film Festival, Sundance Collab, public and field-building programs, advancement, its historic commitment to inclusion and equity in all its work, as well as advancing the Institute’s advocacy work. Vicente will depart TIFF on Oct. 31.

Vicente will report to the Sundance board and work with the Institute’s artists, funders, industry, donors, and national and international partners, and oversee a year-round staff of 200 with an additional seasonal staff of 250.

Vicente, a multi-Oscar nominated producer and former Executive Director of the Independent Filmmaker Project, recently got TIFF back on its feet during the pandemic working with Artistic Director & Co-Head Cameron Bailey. The festival was largely virtual and a Canadian-attended one during Covid in September 2020, however, this year, the country opened its borders with stars like Jessica Chastain, Rebecca Ferguson, Ben Foster, Ben Platt and filmmakers such as Denis Villeneuve, Phillip Noyce, Stephen Chbosky, Kenneth Branagh and Edgar Wright attending. Even though theaters were operating at 50% capacity, TIFF arguably repped a spiritual reawakening for the motion picture industry, and a kickoff to this year’s awards season after a year-plus period of on-and-off lockdown of exhibition. While Canada had reopened its theaters in late August 2020 for Warner Bros.’ Tenet, the variant had shut movie theaters back down for a majority of 2021, with doors reopening over the summer in prime B.O. hub Toronto. TIFF’s digital and in-person model was one that the Sundance Film Festival also adopted; the latter extending the Park City lineup to arthouses around the globe last year. Vincente increased industry partnerships with a focus on partners led by or serving historically excluded communities, and created a new property, the TIFF Tribute Awards, now a broadcast TV show, recognizing top festival talent.

She has roots at Sundance: as the Co-Founder and President of Open City Films since 1994, Vicente produced four Sundance-supported lab projects, with 13 features and six short films debuting at the Festival, including triple-winner Three Seasons, which won the Grand Jury Prize, Cinematography Award, and Audience Award, and Welcome to the Dollhouse, which won a Grand Jury Prize.

“This was a very comprehensive search to find the right person who would continue to move us forward with a vision that aligns with the founding values of the Institute’s founder, Robert Redford,” said Board of Trustees Chair Pat Mitchell and Chair-Elect Ebs Burnough, who led the Search Committee. “The world’s storytellers are more connected than ever, and Joana’s international background is vital as we look to integrate ourselves with independent artists on an even greater scale globally. She comes to Sundance as a true champion of preserving, discovering, incubating, and encouraging independent artistry in all forms. She is a prolific independent producer in her own right with deep ties to Sundance. All that, combined with her history running a film festival, success in fundraising and partnerships, and her proven ability to navigate fundamental changes in technology and the ways in which audiences consume and experience content, makes us extremely confident that Joana will continue Sundance’s invaluable work on behalf of independent artists in the U.S. and around the world.”

“From the day we started the Sundance Institute, we have had a very specific mission to foster independence, risk-taking, and new and diverse voices in storytelling,” said Sundance Institute Founder and President Robert Redford. “Throughout her entire career, it is evident that Joana shares this same uncompromising vision, and we know that she possesses a deep understanding of the evolving landscape, and can reach a new generation of independent creators working more fluidly across disciplines, communicating across borders, and engaging directly with audiences.”

“Sundance has been an essential part of my career — I feel that I grew up as a producer with the support of the Festival and the Sundance labs. It is such an extraordinary opportunity to lead an organization that has defined independent storytelling for 40 years,” said Vicente. “This opportunity combines all of my passions: film, working with storytellers throughout the world, and leading mission-driven organizations. I have always felt that Sundance was a home for me, and this opportunity makes me feel as if I am going back home. As a producer, I know firsthand the incredible impact Sundance has on independent artists, and I look forward to working with Bob, the Sundance Board, and the amazing and dedicated teams at Sundance who continue to find new ways to discover, support, and inspire the most creative and diverse group of storytellers — not just in the United States, but all around the world. We are at a critical time for independent creators, and Sundance is poised to continue to be a beacon for storytellers throughout the world as they navigate the rough waters of our time.”

“Joana has made a lasting impact on TIFF over these past three years as Executive Director & Co-Head. Though none of us anticipated planning two festivals amid a global pandemic, alongside Artistic Director & Co-Head, Cameron Bailey, Joana has helped us navigate this new reality while delivering the ground-breaking and industry-leading work TIFF has always been known for. We are deeply appreciative for all she has done for the organization and wish her the very best in her future endeavours,” said TIFF Board of Directors Chair Jennifer Tory. “While we know Joana loved being part of TIFF, we understand the desire to return to her career in independent film and reunite with family in the U.S. after the pandemic has separated families across borders for so long. Despite the ongoing impacts of Covid-19, we reflect on a successful 2021 having hosted the largest international public film festival to take place this year; welcoming 165,000 audience members, press and industry from Toronto, across Canada and around the world at over 670 screenings. We are incredibly confident in the team and excited about the future of TIFF.”

“Working so closely with Joana has been a pleasure. Her global perspective and strategic approach have been invaluable to our work on Festival and our year-round activities,” said TIFF’s Bailey. “As what we do and the way we do it continues to evolve amid an ever-changing global landscape, one thing remains unchanged: TIFF is an internationally respected, locally-connected organization committed to transforming the way people see the world through film. I look forward to working alongside the TIFF Board of Directors as we continue to shape our future.”

Vicente is a producer of over 40 films including Alex Gibney’s Oscar-nominated documentary Enron: The Smartest Guys in the Room, Nadine Labaki’s Cannes Jury Prize–winning and Oscar-nominated film Capernaüm, and Jim Jarmusch’s Coffee and Cigarettes. She also founded three production companies, including the first U.S. digital production company as well as the first HD production studio in the U.S. During her decade run at Independent Filmmaker Project (now the Gotham Film & Media Institute), Vicente was key in the org’s growth, fostering a vibrant and sustainable independent storytelling community through year-round programs such as Independent Film Week, Filmmaker magazine, and the IFP Gotham Awards. She spearheaded the creation of the Made in NY Media Center by IFP, a creative and educational hub for storytellers, entrepreneurs, and technologists in partnership with the Mayor’s Office of Media and Entertainment and the NY Economic Development Corporation.

Previously, Vicente was the Co-Founder/Co-President, along with Mark Cuban, Todd Wagner, and partner Jason Kliot, of HDNetFilms and HDNet International. She was also Co-Founder/Co-President of Blow Up Pictures, which had digital features premiere at Sundance and other top festivals that were picked up for distribution by the likes of Focus Features, Artisan, Lionsgate, and others.

Vicente, who speaks several languages, received her B.A./M.A. in Philosophy from Universidade Católica Portuguesa in Lisbon, Portugal, and she was selected for the National Arts Strategies Chief Executive Program with educational events at Harvard Business School and University of Michigan’s Ross School of Business. She has taught The Business of Film at NYU Stern School of Business.