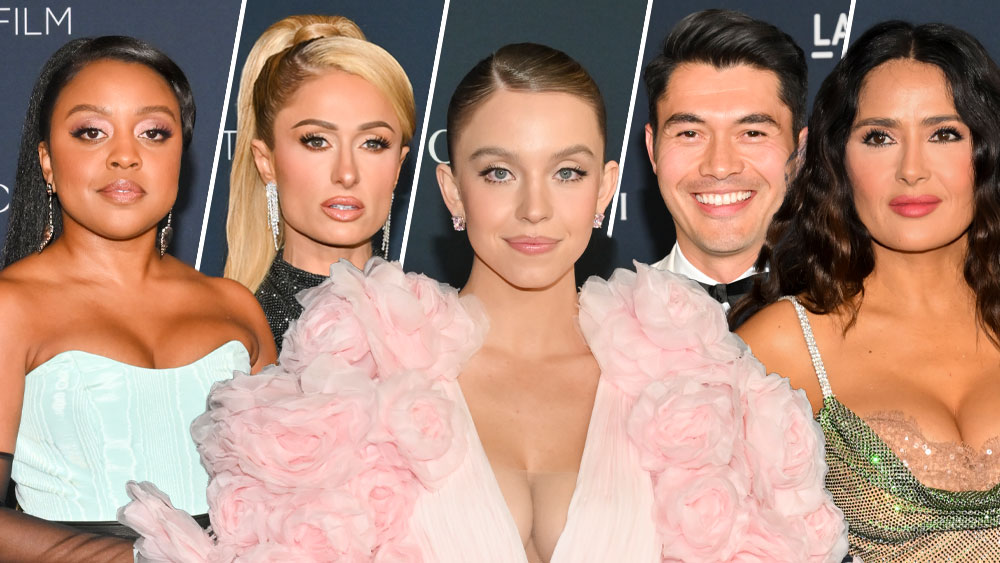 The LACMA Art + Film gala 2022 was rich with big stars showing off their most glamorous looks as they arrived at the event. Sydney Sweeney, Salma Hayek, Quinta Brunson, Henry Golding, Paris Hilton and more celebrities walked the red carpet and you can see their looks in the photo gallery posted above.

“I’m so pleased that we will be honoring Helen Pashgian, who has played an indelible role in the Southern California art community and has been a friend of the museum for so long,” LAMA CEO and Wallis Annenberg Director Michael Govan said in a statement earlier this year. “We are also excited to recognize Park Chan-wook, whose unforgettable films never fail to show us the power of cinema. Honoring these two artists together continues the vitally important dialogue between art and film that this event supports.”

Gala co-chair Eva Chow added, “It is always a privilege to bring the worlds of art and film together at the Art+Film Gala. We are thrilled to honor Helen Pashgian and Park Chan-wook, both visionaries who have pushed the boundaries of their fields. I’m so grateful to Gucci, our partner since the first Art+Film Gala, for making this event possible for the eleventh year.”

Chan-wook is a South Korean director, screenwriter, and producer whose most recent work, Decision to Leave, won Cannes Best Director in 2022. Pashgian is an artist that has created sculptures comprising vibrantly colored columns, discs, and spheres that often feature an isolated element appearing suspended, embedded, or encased within.