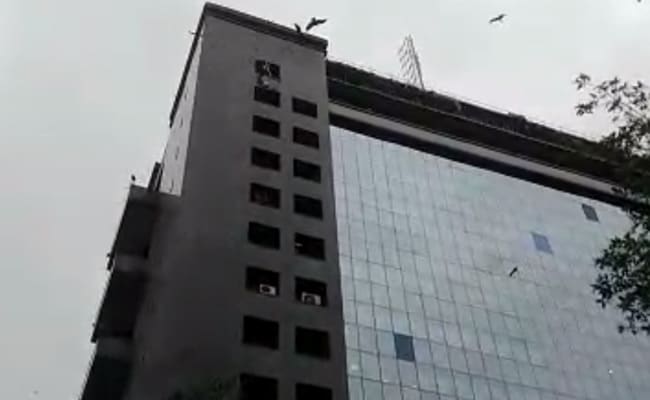 The Department of Telecommunication (DoT) has moved the insolvency appellate tribunal NCLAT against the NCLT order approving the consolidated resolution plan for 13 companies of Videocon Group, including Videocon Telecommunications.

The DoT, in its petition, has requested the appellate tribunal to set aside the order passed by the Mumbai bench of the National Company Law Tribunal (NCLT) on June 8, 2021 allowing the Rs 2,962-crore takeover bid by Anil Agarwal’s Twin Star Technologies.

DoT has submitted before NCLAT that defaulting telecom companies cannot be permitted to wriggle out of their liability by the triggering of the Corporate Insolvency Resolution Process.

A three-member bench of NCLAT said the appellate tribunal has already stayed the NCLT order on July 19, 2021 by granting a “status quo ante” to be maintained and Resolution Professional will continue to manage the affairs of Videocon Industries as per provisions of the Insolvency & Bankruptcy Code.

“In view of the submissions made by the Appellant/Applicant (DoT) and the impugned order on stay on near similar grounds, there is no need to further go into details,” said NCLAT. NCLAT has directed to list DoT’s appeal for hearing on January 11, 2022.

“The Respondents are directed to file ‘Reply-affidavit” within the next two weeks and rejoinder, if any, may be filed within a week thereafter,” the NCLAT order passed on December 8, 2021 said. The respondents in the matter include Videocon Industries and Videocon Telecommunications.

Videocon Telecommunications, in order to carry on business and as per the License Agreement for Unified License (Access Services) had secured the dues with as many as 131 Bank Guarantees from SBI in favour of DoT to the tune for Rs 881.92 crore.

The said bank guarantees, however, have “illegally” not been allowed to be invoked due to pending proceedings before the NCLT, DoT submitted before the National Company Law Appellate Tribunal (NCLAT) through its counsel.

The IBC cannot be invoked for the resolution of “fraudulent and malicious intent” of withholding the huge arrears payable to the government and others, said DoT’s submission, recorded in NCLAT order.

Moreover, under the approved resolution plan, Operational Creditors were asked to deprive off all their outstanding money under the garb of corporate insolvency resolution process (CIRP), it alleged. DoT is hardly going to get a meagre amount of 0.12 per cent of its total claim, it added.

“The Code has been invoked for resolution of the Companies under stress and where managements do not have any ulterior motive to wriggle out of the liabilities,” DoT submitted. Earlier, passing a 47-page-long judgement on June 8, NCLT had observed that creditors of debt-ridden Videocon Industries Ltd will be taking nearly 96 per cent haircut on their loans and the bidder is “paying almost nothing”.

NCLT had observed that the resolution plan is giving 99.28 per cent to the operational creditors, which it sarcastically hinted to be as a “Hair cut or Tonsure, Total Shave”. Dissatisfied financial creditors – Bank of Maharashtra and IFCI Ltd – and former Videocon group Chairman & Managing Director Venugopal have already challenged the NCLT order.

In September, SBI, the leading lender of Videocon Industries had approached NCLAT requesting for a rebidding of the 13 companies of the debt-ridden group, on account of strong observations against the Rs 2,962-crore takeover bid by Anil Agarwal’s Twin Star Technologies.