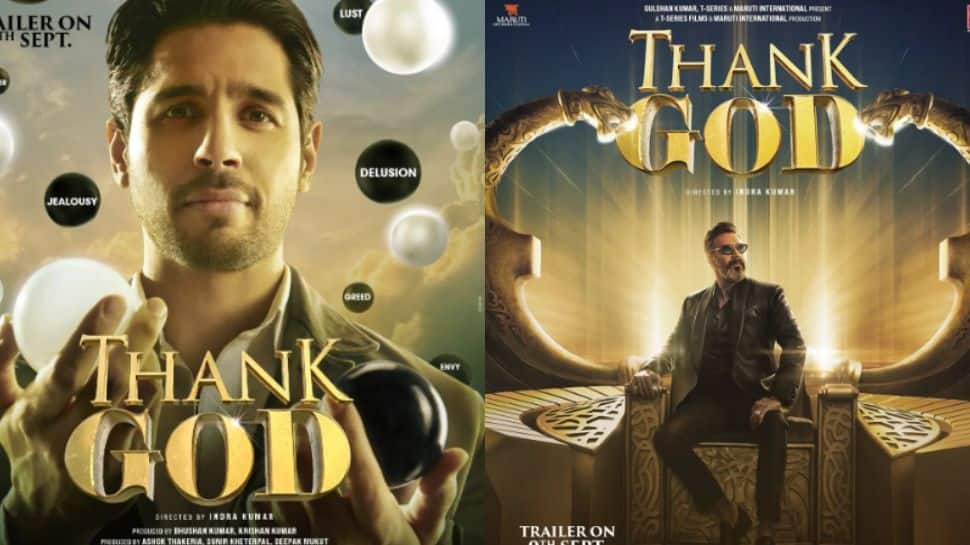 New Delhi: Makers of the upcoming comedy film `Thank God` on Saturday, unveiled the motion poster of the new song `Dil De Diya`.Taking to Instagram, Sidharth shared the motion poster on his stories along with some vocals of the song playing in the background.Sung by Anand Raaj Anand, and lyrics from Rashmi Virag and Sameer the song will be out on October 17, 2022.

The film is all set to hit the theatres on October 25, 2022.`Thank God` will be facing a big bollywood clash with Akshay Kumar and Jacqueline Fernandez`s next action-adventure film `Ram Setu`. Apart from `Thank God`, Sidharth will be also seen in an upcoming spy-thriller film `Mission Majnu` alongside Rashmika Mandanna and in an action thriller film `Yodha` opposite Raashii Khanna and Disha Patani.

Ajay, on the other hand, will be next seen in the upcoming thriller film `Drishyam 2`, his next directorial `Bholaa`, an untitled film with director Neeraj Pandey and Boney Kapoor`s `Maidaan`.