‘The Antagonists’ Comic Book Series Being Adapted For TV – Deadline 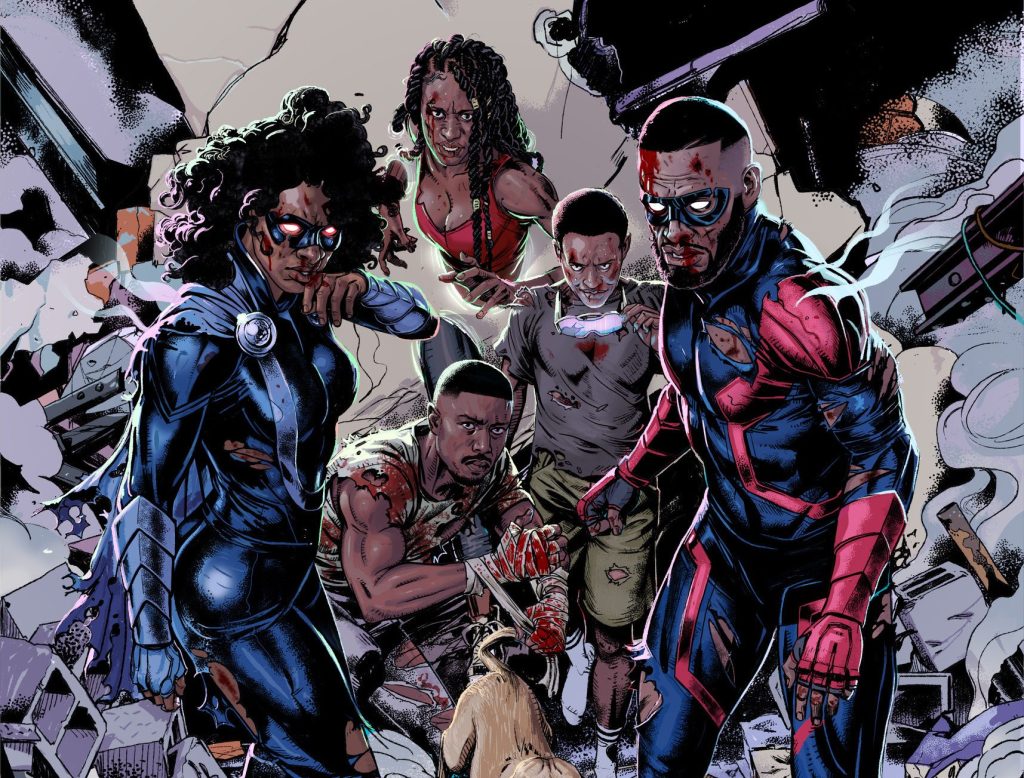 EXCLUSIVE: LA outfit Braham Entertainment has acquired TV adaptation rights to Godhood Comics’ new series The Antagonists. Recently created by Tyler F. Martin, the comics follow married supervillains Desructus and Ultima as they settle into retirement after successfully taking over the world. Wanted and pursued by global governments, the couple struggles to keep their worst impulses in check while balancing married life, parental responsibilities, being Black in America, and hiding their past and former identities from their superpowered children. Braham Entertainment is headed by producer and filmmaker Noel Braham, who was recently nominated for two Daytime Emmy awards for his short Watchtower. “We are extremely excited about this new partnership and for the development of this dynamic franchise. Being that Tyler and I hail from the same hometown (Atlanta), this is definitely a full circle moment. The Antagonists provides a fresh and innovative perspective into topical issues and characters that aren’t typically represented in mainstream Hollywood, and we look forward to working with Godhood Comics to bring it to television screens worldwide”
said Noel Braham. Tyler F. Martin added: “This was a bittersweet project for my team and I, with messages, narratives and concepts that spark a unique dialogue. What is a villain? And more importantly, what makes one? Myself along with Felipe Dunbar, the co-creator, wanted to ensure that we had an authentic representation of the African American family, despite their shortcomings. The stories of the underdog, the little guy and those of us who feel unseen and unheard, The Antagonists is our calling card.”

EXCLUSIVE: Canadian firm Drama Camp Productions is rebranding as Orca Cove Media. Company leaders Harold C. Joe and Leslie D. Bland’s will continue to highlight Indigenous storytelling. As a member of Cowichan Tribes, the career of Xulputstun (Harold C. Joe) includes work both in front of and behind the camera. “We are excited to continue to create films, TV series, and digital media projects under this new brand,” said Harold C. Joe. “Orca Cove will give Indigenous people the chance to share their stories with both domestic and international audiences.” Orca Cove Media’s current productions include two feature documentaries. Tzouhalem chronicles the life of the historical figure of Cowichan Chief Tzouhalem and how his story has been told and passed down.  The movie is supported by Chek TV, Super Channel, the Canada Media Fund, and the Indigenous Screen Office. Meanwhile, A Cedar Is Life follows Harold C. Joe as he explores how one critical species, the cedar tree, is central to the cultural life of West Coast First Nations. The film is supported by Super Channel, Chek TV, the Canada Media Fund, Creative BC, and the Rogers Documentary Fund.