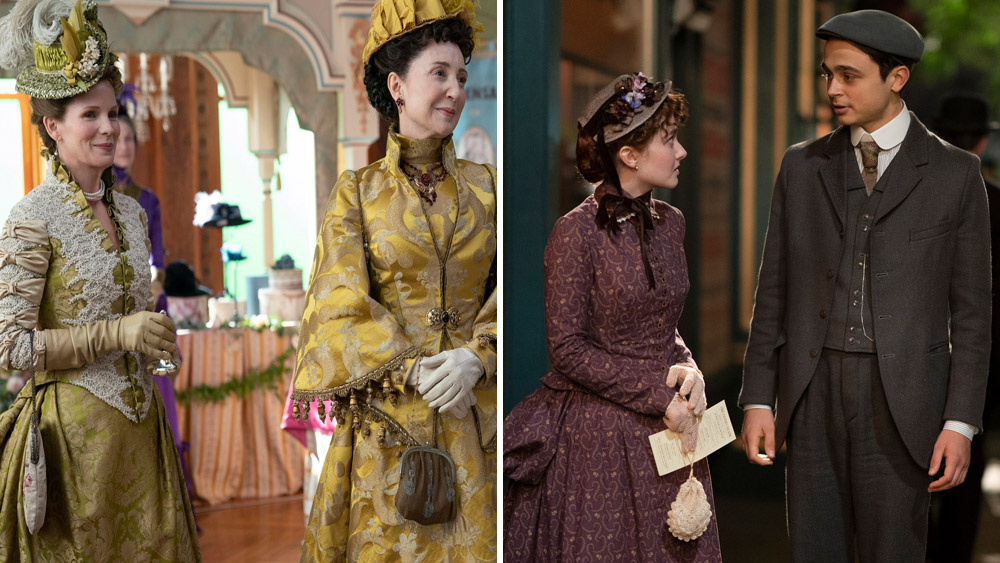 EXCLUSIVE: Julian Fellowes’s breakout HBO period drama The Gilded Age is expanding its cast in a big way for Season 2, going from 12 to 24 series regulars, and deepening the Upstairs, Downstairs feel of the show. That includes thirteen actors who recurred in Season 1 and have been promoted to series regulars: Kelli O’Hara as Aurora Fane, Donna Murphy as Mrs. Astor, Debra Monk as Armstrong, Kristine Nielsen as Mrs. Bauer, Taylor Richardson as Bridget, Ben Ahlers as Jack Trotter, Kelley Curran as Turner, Douglas Sills as Baudin aka Borden, Celia Keenan-Bolger as Mrs. Bruce, Michael Cerveris as Watson, Erin Wilhelmi as Adelheid Weber, Patrick Page as Richard Clay and Sullivan Jones as T. Thomas Fortune.

With the promotions, The Gilded Age more closely resembles Fellowes’ mega hit Downton Abbey, having a more even distribution between rich characters and servants in the main cast. Only 2 out of 12 series regulars in Season 1 played servants; in Season 2, the ratio is 11 out of 24. This was a natural evolution as the downstairs stories — and characters –grew and developed as Season 1 progressed.

The promotions also hint at some potential Season 2 storylines. As fans of the show have suspected, Kelley Curran’s Turner is not done scheming after her dismissal by the Russells and could become a formidable foe as she seeks to exact revenge.

There have been sparks between Sullivan Jones’s publisher T. Thomas Fortune and Peggy that could develop into a relationship. Also a possibility is a friendship between former adversaries Bertha and Mrs. Astor which Bertha predicted at the end in the season finale. And Watson’s secret may finally be revealed.

Season 1 recurring actors who are not listed as recurring for Season 2 include some familiar characters, Jeanne Tripplehorn as Sylvia Chamberlain, Katie Finneran as Anne Morris, Amy Forsyth as “Carrie” Astor, John Sanders as architect Stanford White and Linda Emond as Clara Barton.

The Gilded Age, which is a co-production between HBO and Universal Television, is an epic drama that follows the millionaire titans of New York City in the 1880s.

Here is the Season 2 official description: the Gilded Age was a period of immense economic change, of huge fortunes made and lost, and of fierce rivalry between old money and new. Nowhere is that rivalry more apparent than on East 61st Street, where Marian Brook and her thoroughly old money aunts, Agnes van Rhijn and Ada Brook, live opposite the stupendously rich George and Bertha Russell. The Russells are both fiercely ambitious, he financially, she socially, and they are determined to reach the highest echelons of New York. Meanwhile in Brooklyn, Marian’s friend and confidant Peggy Scott forges her own path in the world of the Black elite. In this glittering world on the brink of the modern age, will the established rules of society prevail, or will the game change entirely?