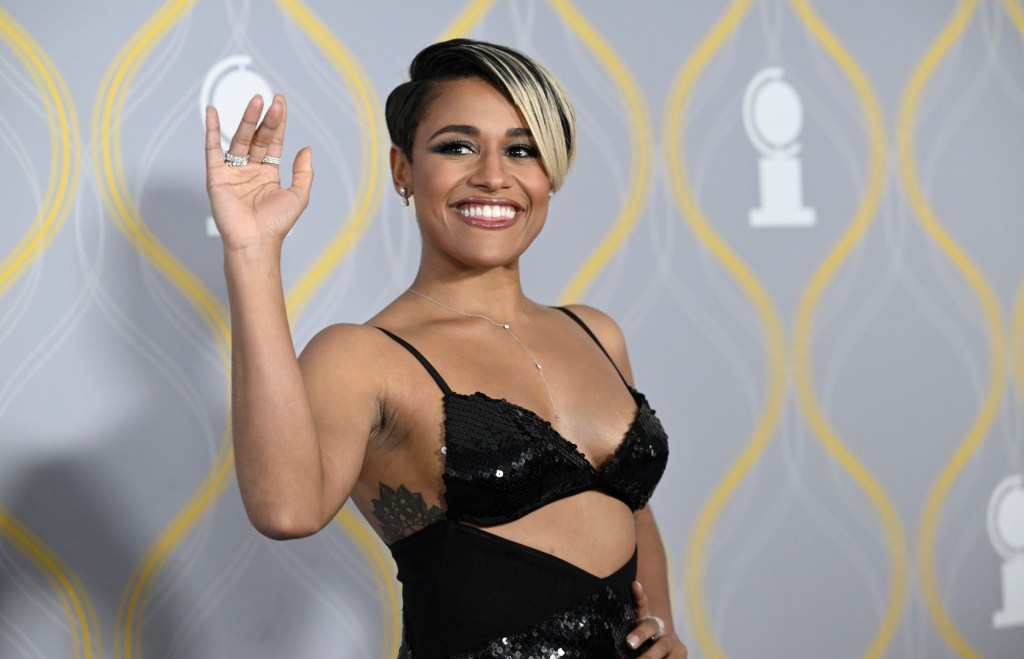 The West Side Story Oscar winner rattled off a number of “firsts” for this year’s Tonys, which feature a field with a large number of Black and LGBTQ+ nominees. A Strange Loop‘s L. Morgan Lee is the first openly trans Tony-nominated performer and Toby Marlow (composer of Six) and Montana Levi Blanco (costume designer for The Skin of Our Teeth) became the first non-cisgender Tony winners. Plus, James Earl Jones and Lena Horne are having Broadway theaters named for them.

Summing up, DeBose declared, “‘The Great White Way’ is becoming more of a nickname as opposed to a how-to guide.”

The host also hailed Broadway’s ability to navigate the coronavirus pandemic, describing the period as a “roller coaster, with starts, stops, twists and turns, companies being reunited after nearly two years apart.”

The opening musical number blended motifs, lines and references to a number of shows from Broadway’s roster of all-time favorites, among them Evita, The Wiz, Chicago, Rent, DreamGirls and even The Sound of Music. It also wove in a few bars from “Somewhere,” the signature number from West Side Story.

Contrasting with DeBose’s beacon-of-white attire, an ensemble of dancers clad all in black surrounded her, at times hoisting her above their heads. At every elevation, she showed off the versatility and verve that enabled her to break out as a cast member of Hamilton and Summer: The Donna Summer Musical, yodeling at one point and joyously calling out to the back row of the venue: “Radio City!!”

As the singing and dancing unfolded, the screen at the back of the stage showed clips of Tony acceptance speeches from a host of luminaries, among them Audra McDonald, André De Shields and A Chorus Line‘s Michael Bennett.

Here is the musical portion of DeBose’s opening:

Now THAT is how you kick off the #TonyAwards! 👏 We give our round of applause right back to @ArianaDeBose. pic.twitter.com/fybuEJ0agQ