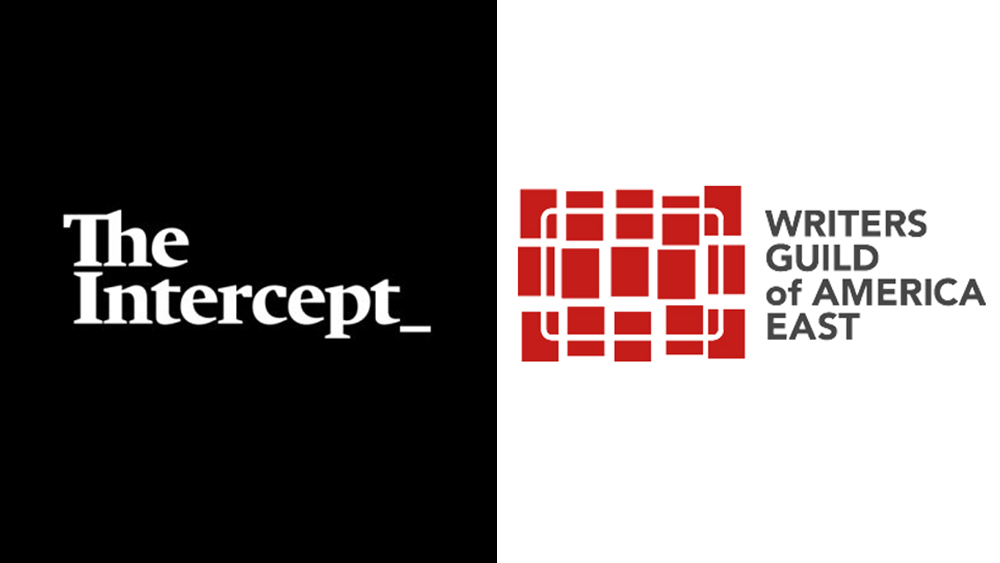 EXCLUSIVE: The 30-member editorial staff at The Intercept, the digital investigative news site, has ratified its second union contract with the WGA East. Gains achieved in the new three-year agreement include increases to minimum salaries of at least $10,000 for all job tiers; three months of paid professional leave; five months of paid parental leave; and pay equity salary adjustments as high as $11,200. The new deal also provides for $100-a-month mental health stipends, and all gender-neutral bathrooms in the office – both firsts for a WGA East contract.

The WGAE/Intercept bargaining committee sees the new contract as a model for workers at other news organizations to follow. “We’re excited that this contract will push the bar forward for other shops, in particular, emphasizing pay equity and new mental health benefits that acknowledge the crisis for workers in the news industry,” the committee said in a statement.

“This contract shows that with solidarity and determination, we can win substantial gains for dignity and respect in the workplace. To all workers in bargaining, stay strong and you can win. To all workers without a union, organize!”

“The Intercept’s bargaining committee worked diligently to translate employees’ concerns and aspirations into substantial gains in the collective bargaining agreement,” said WGA East executive director Lowell Peterson. “This hard work and resolve of the unit members led to a strong second contract that addresses diversity and inclusion, transparency and fairness in pay and job duties, and meaningful ongoing engagement in workplace decisions.”

• Across-the-board annual wages increase by 3.25% for the majority of the unit, and 3% for top-tier unit members;
• Three months paid professional leave with health benefits after eight years of service; one month unpaid professional leave every five years with health benefits;
• Five months of fully paid parental leave;
• New mental health benefits stipend ($100/month);
• Sick time on short-term disability fully paid up to three months after three years; two months after two years, and one month after one year;
• Increased cellphone and internet stipend;
• Increase in derivative works bonus;
• Strengthened language on nondiscrimination, harassment protections, and diversity, including the end of nondisclosure agreements;
• Limits on use of contractors and conversion to staff for contractors working over 12 months;
• 11 weeks of minimum severance for all employees and additional weeks for longer service with no cap;
• All gender-neutral bathrooms in the office;
• Successor clause that stipulates the union contract remains effective in the event the company is sold.