The Trial Of Axis Sally’ Gets Release Date – Deadline 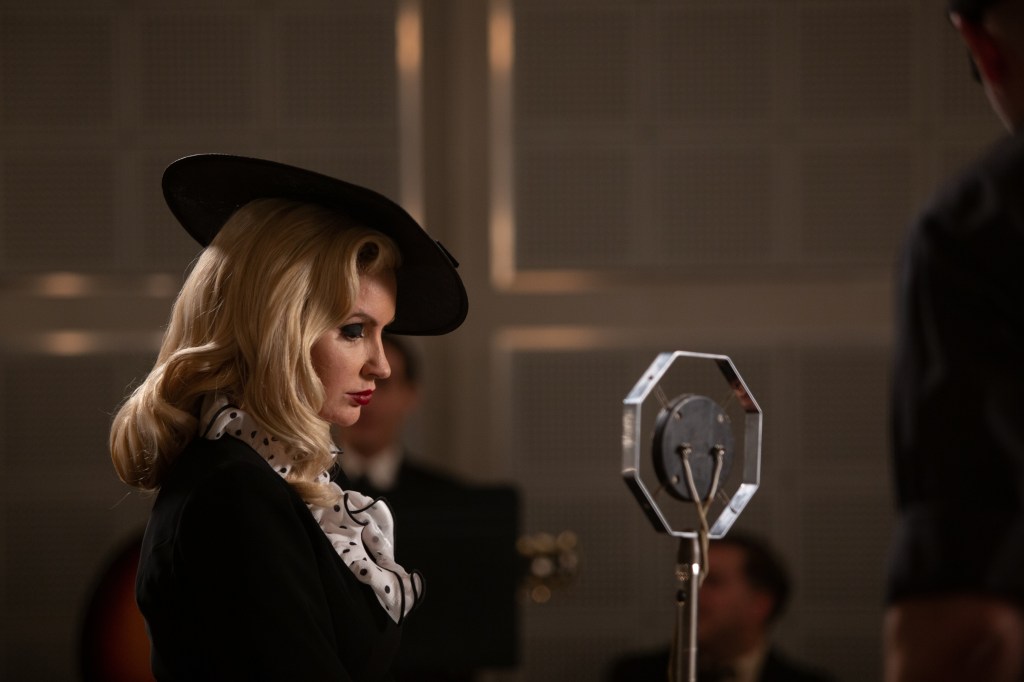 EXCLUSIVE: Vertical Entertainment and Redbox Entertainment have reteamed to acquire North American rights to Michael Polish’s American Traitor: The Trial of Axis Sally, the historical drama starring Al Pacino and Meadow Williams. It tells the story of Mildred Gillars, the American woman who who was charged with treason for broadcasting Nazi propaganda to U.S. troops during World War II. The film will now get a day-and-date theatrical and digital release May 28.

Williams stars as Gillars and Pacino plays Gillars’ lawyer James Laughlin in the drama based on William and Vance Owen’s book Axis Sally Confidential, which was adapted by Vance Owen, Darryl Hicks and Polish. The focus is on Gillars’ and Laughlin’s efforts to redeem her reputation in the post-war trial after Gillars, who became known as “Axis Sally,” was captured in Berlin, exposing the dark underbelly of the Third Reich’s hate-filled propaganda machine.

“The outstanding ensemble cast and talented director bring this unbelievable true story of an American citizen who helped the Nazis spread propaganda during the war,” Redbox CEO Galen Smith said. “American Traitor is a real-life thriller and cautionary tale that should not be forgotten and we’re proud to team with Vertical to bring the film to audiences.”

Said Vertical co-president Rich Goldberg: “We are excited to be partnering with Redbox to share the tale of Axis Sally, one of the many memorable moments in history that has been forgotten over time. The story of an American woman coerced into working for the Nazis and then fighting for her life on trial in the U.S. after the war is an incredibly compelling moment in our history that we’re thrilled to share with audiences next month.”

EXCLUSIVE: The wild story behind the heist of Dorothy’s iconic ruby red slippers from The Wizard of Oz is the subject of a...
Read more
Previous articleJordan Walker Ross Says His Disability Took Role On ‘The Chosen’ To New Level – Deadline
Next articleWWE Gets Off The Mat, Beating Wall Street Estimates In Q1 As Peacock Haul Offsets Live Event Losses – Deadline
LocalTakSabse Tez