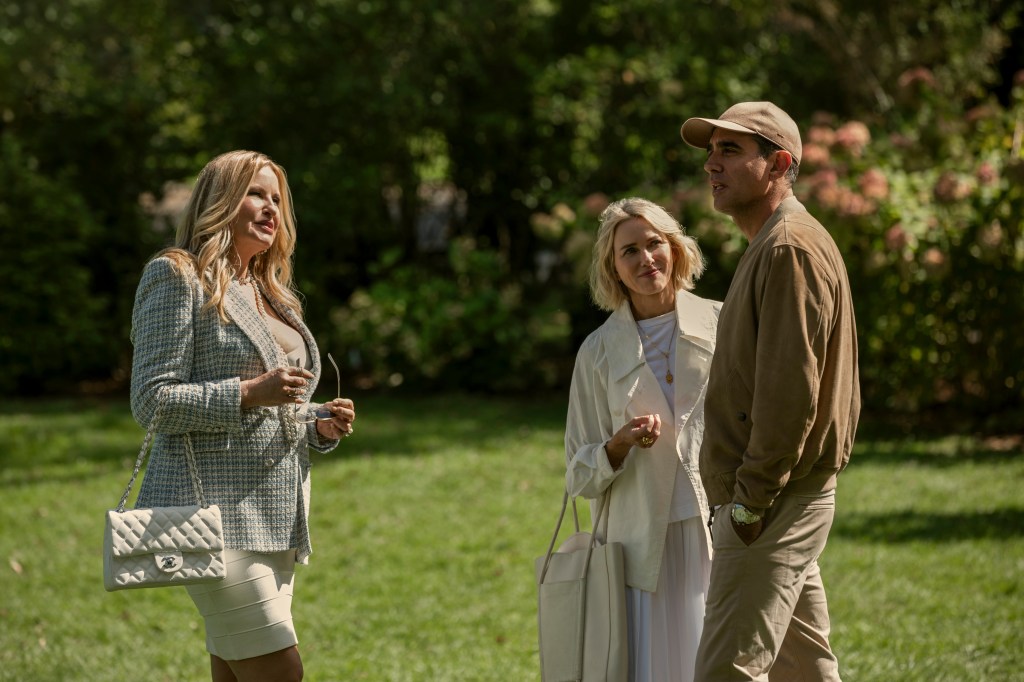 The Watcher cruised to a win in Nielsen’s streaming rankings for the week of October 10 to 16, giving producer Ryan Murphy his second top show less than a month after the release of the blowout hit Dahmer.

With 2.355 billion minutes of streaming, the series more than doubled the viewership of runner-up The Lord of the Rings: The Rings of Power on Prime Video.

Based on a true story and, loosely, on a New York magazine article, The Watcher stars Naomi Watts, Bobby Cannavale, Jennifer Coolidge and Mia Farrow. The thriller series was co-created by Ian Brennan along with Murphy, whose rich overall deal with Netflix has recently started to bear fruit. One additional tweak by Netflix helped the show rack up even more viewership given Nielsen’s Monday-through-Sunday methodology: a release on a Thursday, not the usual Friday berth. Illustrating the potency of Netflix’s algorithm, about 36% of Watcher viewers had also seen Dahmer.

NBCUniversal streaming service Peacock made its debut on the Nielsen chart with the day-and-date release of Halloween Kills. The 13th installment in the Halloween franchise drew 717 million viewing minutes in its opening weekend, at the same time it was collecting $49.4 million at the theatrical box office. The streaming audience made the title No. 8 on Nielsen’s overall chart and No. 1 on the all-movie list. About 35% of the film’s audience was between the ages of 35 and 49 and 25% was 18 to 34. The gender split was and even between male and female.

Not far behind Halloween Kills at No. 9 on the chart was another original movie, mystery thriller Luckiest Girl Alive with Mila Kunis. The Netflix release drew 696 million minutes of streaming.

In a closely watched fantasy series battle, Rings of Power put some distance between itself and HBO Max’s Game of Thrones prequel House of the Dragon. Rings, which dropped its season finale, gathered a bit more than 1.1 billion minutes of streaming for its eight episode, compared with Dragon‘s 960 million minutes for nine episodes. The shows had been trading places over the past two months, though the comparison is inexact given Dragon‘s vast linear audience and multiple showtimes. It has averaged 29 million viewers a week, ranking as HBO’s top new original.

Here is the full top 10, with provider, title, number of episodes (1=movie) and total minutes of viewing: