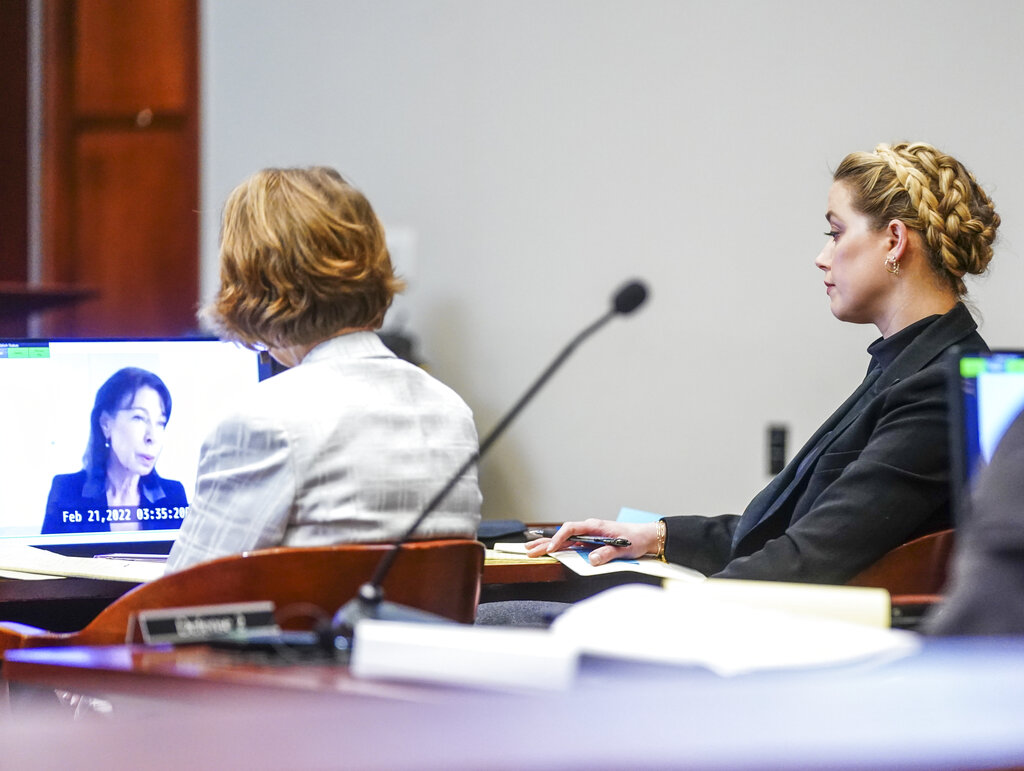 A marriage therapist testified in the Johnny Depp-Amber Heard defamation trial that the volatile couple engaged in “what I saw as mutual abuse.”

Dr. Laurel Anderson, in a video deposition played in a Virginia court on Thursday, elaborated on notes she had taken during the couple’s sessions.

Depp sued Heard following the December 2018 publication of a Washington Post op ed in which Heard said that she was the victim of domestic abuse. Although she did not name Depp, his attorneys said that there was enough of a connection to her allegations of domestic violence that surfaced two years earlier. Heard has filed a counterclaim.

Anderson said that Depp and Heard both were victims of abuse in their childhoods.

Anderson worked with Heard and Depp through 21 sessions. She said that Heard had a “jackhammer style of talking” and was “very amped up,” while he “had trouble talking at a similar pace.”

In one note she had written from a session, she wrote, that “he hits her. No closed fist. She hits back and starts it for pride because father hit her.”

Anderson said that the note was “her reporting to me” that Depp hits her with an “open hand slap.”

“She says she hits back out of pride…a lot of things trigger her. If she is triggered she would hit him first.”

After a May 21, 2016, argument, which led to Heard obtaining a restraining order against Depp, the actress visited her, Anderson said. The therapist said that she saw bruising on Heard’s face as well as in photos that were shown to her. Heard claimed that Depp threw a phone at her and struck her during the confrontation.

Depp and Heard are sitting at opposite sides of the Fairfax, Virginia, courtroom. At times during Anderson’s testimony, Depp wiped his hair with a pencil and chewed on what appeared to be a stir stick or straw.